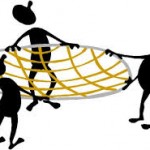 Florida charter schools didn’t benefit as much as district schools from the school grades “safety net” that state education officials continued this summer.

In raw numbers, that’s 54 of 381 charter schools and 495 of 2,278 district schools. The numbers do not include school grades that are pending or incomplete.

Last month, the Florida Board of Education voted 4-3 to continue the safety net, which had been used in 2012, after superintendents complained that lower grades brought on by tougher standards would give the public a distorted view of student achievement. Tony Bennett, then the state education commissioner, initially expressed concerns about the safety net but later relented, saying it would help ease the transition to Common Core standards.

As we reported last month, Florida charter schools again earned both A and F grades at higher rates than district schools.