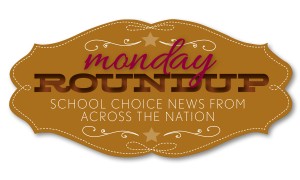 Alabama: The Alabama Education Association sued to stop the state’s education tax-credit program but a parent steps forward to try and block the suit with the help of the Institute for Justice (Associated Press).

Indiana: The state could be the No. 1 state for school vouchers if the growth continues (Indianapolis Star). Gov. Mike Pence talks education reform and school choice at the Education Nation summit (WNDU.com). A state report says voucher schools outperform the public schools but it is still unclear if the voucher schools are creating a bigger impact per student (Associated Press).

Massachusetts: Frontier Regional School District will now allow school choice students enrolling from other districts to use the district bus service so long as it is along existing bus routes (The Recorder).

Wisconsin: The Journal Times editorial board believes the state could learn a lot on education reform from New Orleans (The Journal Times). Businesswoman Mary Burke is running for governor as a Democrat and supporters say she will contrast with Gov. Scott Walker on school vouchers (Wisconsin State Journal).

Nation: Last week Politico ran an article stating that there were little to no gains from vouchers despite an expected $1 billion in expenditures. This week several education researchers point out a few key elements missing from the piece (National Review, Education Next, American Enterprise Institute, redefinED). Parents reveal their strategies for picking the best school for their children (Alexandria Times). More school districts are refusing to pay for virtual tutoring by seeking NCLB waivers (New York Times).