When it comes to reasons why parents move from public to private schools, standardized test scores are nowhere near the top of the list, but concerns about classroom discipline and atmosphere are, according to a new report from the Friedman Foundation For Educational Choice.

Based on a survey of 754 parents of tax credit scholarship students in Georgia, “More Than Scores” finds the five top reasons are better discipline, better learning environment, smaller class sizes, improved safety and more individual attention. When asked the single most important reason for choosing a private school, 28.2 percent of parents said a “better education.” In second place, 28.1 percent said a “religious education.”

The relatively low regard for test scores led the authors to conclude that “public officials should resist the temptation to impose national or state standards and testing on private schools or demand that private schools publish ‘report cards’ emphasizing test score performance.”

Other coverage: Rick Hess at the American Enterprise Institute weighs in here. The report’s authors weigh in at Jay P. Greene’s Blog here. 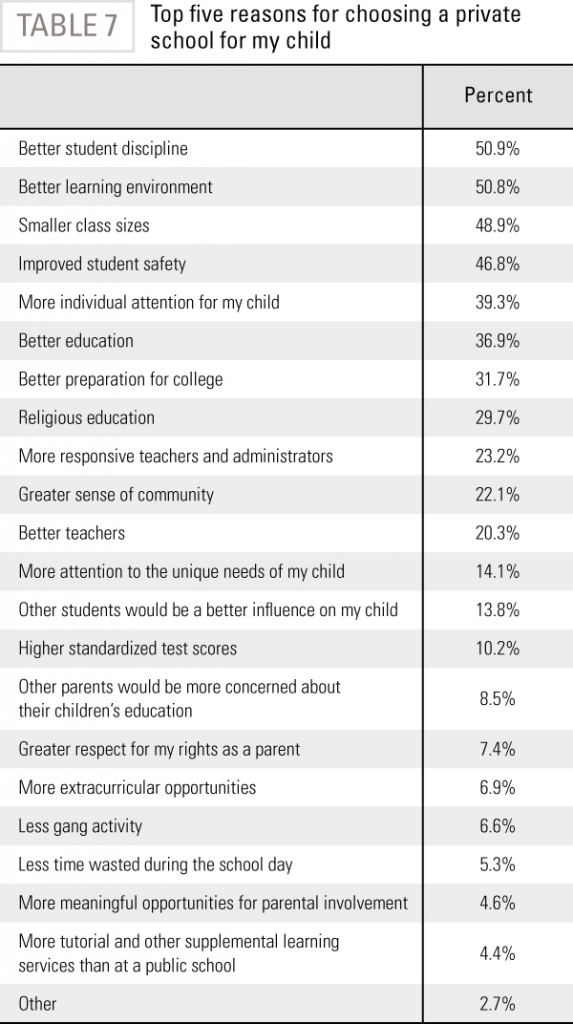