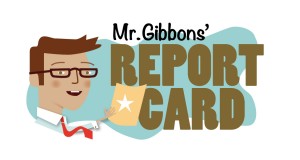 In December, the state auditor of Louisiana recommended more accountability measures for the private school voucher program, including some non-fiscal measures like ensuring participating schools are “academically acceptable.”

“Academically acceptable” could mean a lot of different things, and it’s worth debating. To longtime Louisiana columnist James Gill, there is apparently only one litmus test and only one conclusion to draw.

To use his direct words: “Schools that deny evolution can only churn out ignoramuses, which seems an odd way to spend the public dollar.”

The comment is as inflammatory as it is absurd, and we shouldn’t mistake this as an informed position on education policy.

Let’s just forget for the moment about Louisiana’s “Academic Freedom Act,” which still allows creationism (along with other origin theories/myths) to be taught in public schools. That law was passed in 2008 and amends a 1987 Supreme Court ruling that struck down a Louisiana Law requiring Bible-based creationism to have equal time in public classroom with evolution.

While creationism has long been a part of private (and public) school education in the U.S., we should remember that evolution is a chapter within biology textbooks at the high school level. And while learning creationism may put college-bound students behind their peers in biology class, one bad science course does not make anyone an ignoramus.

Faith-based schools should give factual explanations of what leading scientists have discovered, as challenging one’s own beliefs is an integral part of education. That said, banning schools that teach creationism might work to the detriment of students who may be well-served by the school’s instruction in other subjects, such as literature, mathematics and languages.

I welcome a more rational, less caustic, debate about requiring evolution in private schools, but let’s get kids proficient in basic reading and math before we elevate the importance of a specific topic within a single course. 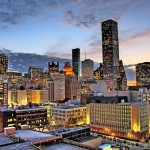 The Houston Independent School District and Aldine Independent School District partnered with YES Prep, a charter school, to pen this excellent op-ed in the Houston Chronicle about districts and charter schools working together. In their own words, “Houston has eliminated barriers – politically and socially – to place children’s best interest at the heart of our efforts to drive achievement.”

To accomplish this, district and charter school leaders are putting aside old turf wars to focus on results. Together, the three groups share ideas on what works and what doesn’t. Houston officials even proudly proclaim that YES Prep and KIPP – two of the nation’s leading charter school programs – were born in Houston. There is admittedly a lot of work left to do in Houston, especially for low-income students, but working together is an excellent step in the right direction.

Using an analysis by the Alabama Education Association, Stephen Carr claims the Alabama Accountability Act cost his local school district over $349,000 per pupil.

With an individual tax credit on education expenses capped at $3,500, and a tax-credit scholarship worth up to the private school tuition, how on earth did they reach six-digit figures?

Basically, the state set aside $40 million to pay for tax credits. Of that, $25 million is reserved for tax-credit scholarships and $15 million for education expense tax credits (for parents transferring their child from low-performing schools). The tax credits are ONLY paid out when claimed, but the state treats the full $40 million as a cost on paper regardless of whether any credits are claimed.

The AEA starts from the premise that $40 million would belong to public schools if it was not set aside for the tax-credit program (which is not necessarily true). From there, the total amount reserved for tax credits (the $40 million) is divided by the total number of students/parent claiming scholarships or credits (which isn’t very much since the program just passed in 2013).  The result is an inflated and imaginary figure.