While doing my end-of-the year inbox purge, I came across a few interesting items.

In a Sept. 30 column in Human Events, Jeb Bush offered the nation’s teacher unions a grand bargain: “If unions released their grip on political levers, and parental choice was absolute, many public school reforms would be unnecessary because the desired results would be achieved through market forces.”

Eventually, teachers unions will accept this deal and embrace full parental empowerment in exchange for full teacher empowerment, but only after membership nationally slips below 25 percent. With market share in the low twenties, financial necessity will force unions to expand their business model to include educators working in charter, private and virtual schools. And once they develop successful business relationships with educators in these non-district schools, the unions will be fully supportive of parents using public funds to access these schools. The unions already support students using public funds to attend unionized private colleges and universities, and unionized private pre-K programs.

In a somewhat related event, last September AFL-CIO President Richard L. Trumka convinced fellow labor leaders to invite “millions of non-union workers into the labor movement even if their own workplaces are not unionized.” Trumka called for the AFL-CIO to become a place where progressive organizations and individuals come together to develop and promote a common agenda.

Trumka’s vision provides teacher unions with an excellent rationale for dropping their opposition to full parental choice and forming partnerships with parents and educators in non-district schools.  Empowering low-income and working-class parents to access the schools that best meet their children’s needs is a necessary step toward reducing our country’s widening inequality gap, and progressives say reducing inequality is one of their top priorities. Nonetheless, as I previously mentioned, teacher unions will put inequality concerns on the back burner and refuse to find common ground with parents and educators in non-district schools until forced to by internal financial pressures. 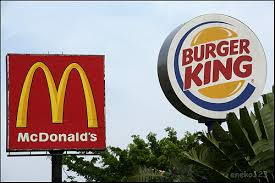 There was more evidence from my local school district last month that district school superintendents are increasingly thinking and acting like McDonald’s franchise owners. The Tampa Bay Times reported that Pinellas County Superintendent Mike Grego is “studying the number and location of charter and private schools” in the district to fine tune his strategy for recapturing lost market share. “I believe as a public school system we ought to compete,” he said.

Part of Grego’s strategy includes putting new magnet programs in closed school buildings so he won’t be pressured to sell these buildings to charter school operators. That this will waste tax dollars by creating excess capacity in several neighboring district schools is apparently not a concern.

School districts should not be competing for market share.

St. Petersburg High School’s International Baccalaureate, where I formally taught, accepted 193 of 481 applicants, while the IB at Palm Harbor University High accepted 200 of 397.

Space is limited at all schools, and not every school is appropriate for every child. Hopefully, we can soon move beyond pointless discussions about whether one type of school is better than another, and focus on how we can better ensure all children have access to the schools that best meet their needs.

De Blasio, a self-described progressive, says he wants to fight growing inequality. Yet he is hostile to charter schools, which New York City’s low-income and working-class families are embracing to promote greater social mobility for their children. Fortunately, parents, teachers and community activists are organizing and fighting back. Whether de Blasio and his progressive allies can block low-income and working-class parents from accessing charter schools will be one of the more important education stories in 2014.