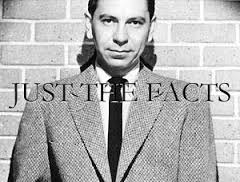 Florida Senate President Don Gaetz says he wants low-income students on the Tax Credit Scholarship to take a different standardized test, but his message has gotten a bit garbled in translation.

Gaetz is raising a perfectly legitimate issue – whether a proposed expansion of the 12-year-old scholarship program for economically disadvantaged students should include a requirement that the scholarship students take the same standardized test the state is getting ready to roll out for public students in 2015. That test will be tied to Florida’s version of the Common Core standards. Currently, scholarship students are taking nationally-normed standardized tests approved by the state.

Somehow, even some of the state’s best newspapers have gotten this distinction wrong.

One report called Gaetz’s idea “a dramatic swing in Florida’s experience with school choice, where critics have complained voucher programs were diluting public schools with no evidence they were improving the outcomes for poor children.” Another said that “Senate leaders are proposing for the first time that scholarship recipients take standardized tests.” An editorial asked of the academic achievement in the program: “How do we know”

This is important because the error feeds a narrative – there is “no evidence” the scholarships are helping children – that is wrong. (For the record, the scholarship program is administered by Step Up For Students, which co-hosts this blog.)

Since 2006, students on the scholarship have been required by law to take a nationally norm-referenced test approved by the state. Those scores are reported publicly each year and, since 2012, have also included test gain scores for individual scholarship schools with at least 30 tested scholarship students. Two results have been persistent through the years, and are not in dispute: 1) The students who choose the scholarship are among the lowest academic achievers in the public schools they leave behind; and 2) The scholarship students as a whole are achieving the same annual gains in reading and math as students of all incomes nationally.

It is also true that, when the state switched public school students to the FCAT 2.0 in 2011, the state researcher no longer was able to correlate between the two sets of tests. But that lack of correlation does not translate into “no evidence” about how the scholarship students are performing. The national comparison data is genuine and has been consistently encouraging.

Requiring scholarship schools to switch to the new test based on Florida Standards would certainly make for tidy in-state comparisons, but neither legislators nor the public have lacked for testing data. The debate, then, is about which test, not whether to test.