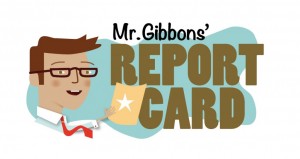 Late last year, the Southern Poverty Law Center filed a lawsuit seeking to end a new voucher program in Alabama for students in low-performing public schools. The suit argued the law didn’t provide the plaintiffs (the students) “equal protections” because students either couldn’t attend a private school because the option was too far away, or couldn’t receive a voucher because they were not assigned to a failing school.

Critics of the SPLC lawsuit (including yours truly) found the logic underpinning the case to be odd indeed. Looks like Judge Keith Watkins agreed.

“The requested remedy is arguably mean,” Watkins argued in his recent, 57-page decision. “The only remedy thus far would leave the plaintiffs in the exact same situation to which they are currently subject, but with the company of their better-situated classmates. The equal protections requested is, in effect, equally bad treatment” (emphasis added).

The state’s voucher program was intended to help kids in low-performing schools find options. The SPLC’s lawsuit sought to deny all kids an option because a few might not be able or willing to take advantage of the program. Judge Watkins decided correctly.

Both articles allowed voucher supporters and critics to make their case and in doing so, revealed that the truth was murkier than the headlines made out.

A phone call from redefinED to the Wisconsin Department of Public Instruction revealed that the state doesn’t track the average household income of voucher participants. Thus, there is no apples to apples comparison.

Partisans on both sides tried to claim victory when no direct comparison could be made. Sadly, newspapers decided to make one anyway through misleading headlines. New York City Mayor Bill de Blasio took a hardline stance against charter schools way back in the primary and continued the rhetoric through his election. He threatened to end co-locations and wanted to charge charter schools rent (even though charters receive less funds that traditional public schools and there are many empty public school buildings in the city). For his harsh rhetoric, I gave him a “Needs Improvement” back in October.

Once elected, his hardline stance was limited to a handful of charter schools, and after much deserved bad publicity he reversed course and began negotiating with those charter schools to find suitable space. De Blasio supporters (who remain charter school critics) argue he faced a smear campaign, while Democrats for Education Reform (which clearly supports charter schools) argues he’s done more for charters than some leading Republicans.

Whether you agree with these groups or not, I think de Blasio deserves a promotion from “Needs Improvement” to “Satisfactory” (though you are free to argue I’m getting softer as I age … I did just have another birthday after all).