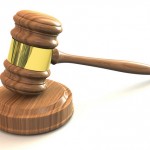 A lawsuit challenging the country’s largest private school choice program saw a significant setback today, as a Leon County circuit judge ruled the groups behind the case did not have standing to bring the lawsuit.

Judge George Reynolds, however, dismissed the case this morning. The plaintiffs, he ruled, could not show the scholarships harm public schools, and could not challenge the program as taxpayers because it is not funded through the state budget.

Claims the lawsuit would harm public schools were purely “speculative,” Reynolds wrote, siding with arguments made by lawyers for the state and parents who intervened in the case. The plaintiffs could not show the program would hurt school districts’ per-pupil funding, or result in “any adverse impact on the quality of education” in public schools.

In a statement, Bishop Victory Curry, a Miami pastor and a leader of the campaign against the lawsuit, welcomed the ruling.

“By dismissing the legal challenge to the scholarship program, Judge Reynolds affirmed that it is a valuable tool that can continue to change thousands of children’s lives for the better, and our communities and our state along with them,” he said.

Step Up For Students, which co-hosts this blog and employs the author of the post, administers tax credit scholarships for nearly 70,000 low-income students.

Joanne McCall, a vice president of the Florida Education Association and the lead plaintiff in the case, has previously intimated she would appeal the issue all the way to the state Supreme Court, if necessary.

In a statement quoted by the Tampa Bay Times’ Gradebook blog, McCall said she was disappointed in the ruling, and again likened the 14-year-old scholarship program to a separate voucher program the union successfully challenged in 2006.

Olivia Schaeffer, a scholarship parent who had intervened in the lawsuit to support the program, said the ruling bodes well for the educational plans she and her husband have set for their children.

“The scholarships have allowed us to put them in the schools that we know work best for them, and where we know they are getting the education they need to succeed in life,” she said. “We know there is still a long road ahead, but after today we feel stronger and more hopeful.”

Today’s ruling in many ways echoes an earlier lawsuit challenging Florida’s newest school choice legislation. In that case, a judge also ruled the groups challenging the program could not show it harmed public schools.