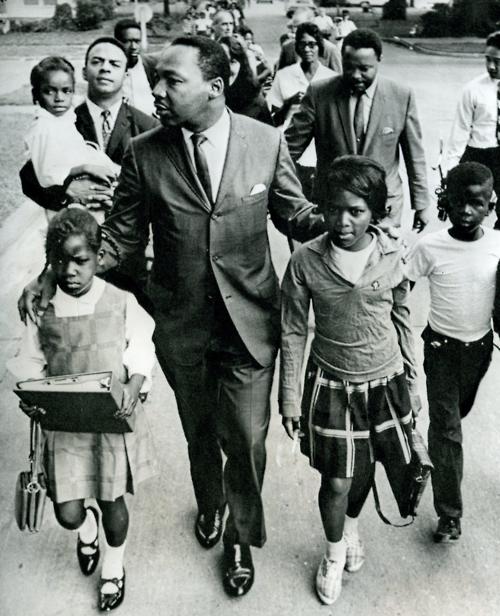 National education advocates and some of Florida’s leading clergy have reflected on the words and legacy of Martin Luther King, Jr., and what they mean for school choice movement. Their words offer a backdrop as thousands of parents, students, educators and activists prepare to rally in Tallahassee on Tuesday.

In the Tampa Tribune, Rev. Manuel Sykes highlights the upcoming rally, which Martin Luther King, III is scheduled to headline.

Explicitly racist laws no longer segregate our children, but yesterday’s curbs on educational freedom have been replaced by new barriers that are just as unjust. Low-income parents are awakening to this reality, which is why thousands of them will descend on Tallahassee on Tuesday to send a message to those who defend such a system.

Unlike more affluent parents, low-income parents can’t just move to suburbs where public schools have more resources, more experienced teachers, and atmospheres more conducive to learning. These schools are not “public” like our parks and libraries. They are reserved for the families who can afford to live near them.

At The Seventy-Four, Derrell Bradford recalls King’s lament of “white moderates,” whom he came to see as a primary barrier to progress.

Nothing is served by sending a child to a school that does not work, is the wrong fit, or that many white progressive parents would never choose. And no institution has a higher value than the soul of an individual child that is being wasted away by underperformance. King offered that “Oppressed people cannot remain oppressed forever.” And that the “yearning for freedom eventually manifests itself.”

When one looks at the waiting lists for schools that work—of all kinds—the similarity is so striking the only way to not see it is to ignore it. The “order” of pre-civil rights America was not more valuable than freedom, and the ability to pursue it, for black and brown people. We used to call opposing this notion racism. Today, do we call it “progressivism?” I hope not.

In the Florida Times-Union, Jacksonville’s Bishop Vaughn McLaughlin reflects on how far we’ve come, and the barriers that remain.

During the post-Civil War Reconstruction, many of Florida’s black and immigrant population had been educated at private religious institutions, often with the support of state funds. But efforts to equitably fund the public education of minorities began to diminish by 1885.

One hundred years ago, in 1916, three white sisters of the Sisters of St. Joseph in St. Augustine were charged with “unlawfully teaching Negroes” against state law. Florida would spend a half-century more under the yoke of racial segregation.

… While our schools are no longer segregated by law, our minds remain segregated over what is best for future generations.