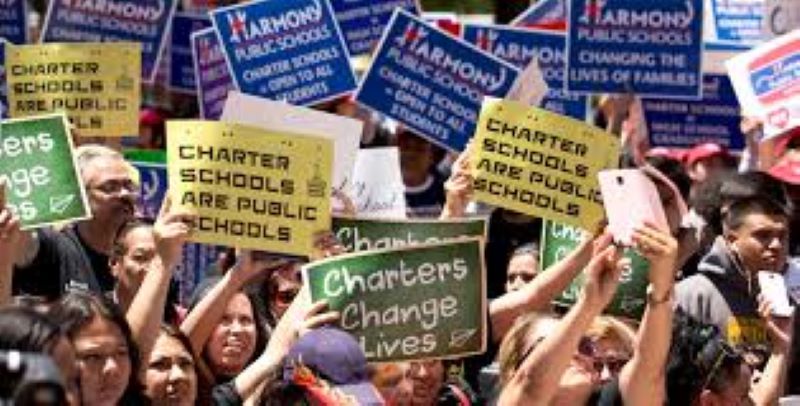 District schools rely upon attendance boundaries while American housing remain largely segregated by income and race. Thus, only a minority of schools have a demographic profile matching their metropolitan area.

Educators developed magnet schools in the hope that they would increase racial integration in schools. Innovators created charter schools decades later with a different aim in mind: increasing the diversity and quality of schools.

Charter opponents sometimes make the reckless claim that charters are “re-segregating” American schools. But how can this be possible when American schools were never integrated?

A more precise question would be to ask whether charter schools have increased or decreased segregation. Charter school laws require race-blind admission policies – random lotteries when applicants exceed available seats – so unlike magnet schools, they were not conceived as a tool to promote integration. Not surprisingly, the Urban Institute scholars find varying impacts by jurisdiction. 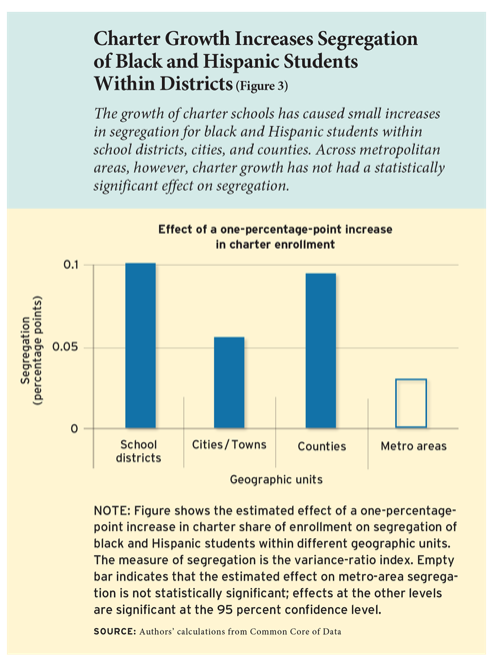 The analysis documents the impact of charters within individual districts, between school districts and across metropolitan areas. Researchers found a modest impact on school segregation within districts, such that if on average a district went from 0 to 20 percent charter students, we would find a 2 percent increase in segregation for black and Hispanic students within school districts. 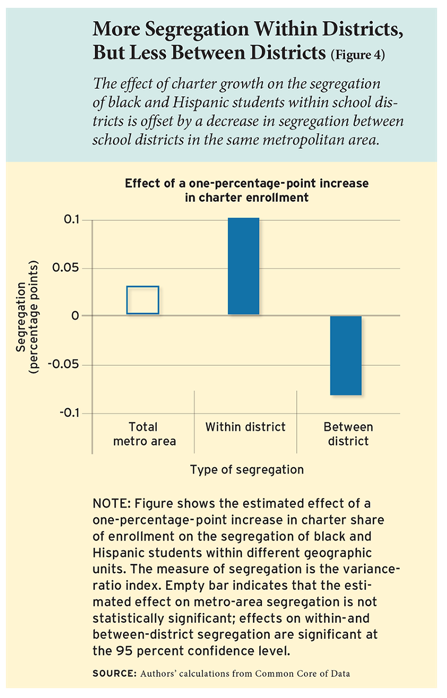 To the limited extent that there is an increase in within-district segregation, it is largely the result of minority parents freely choosing to entrust their students to charter schools with majority-minority student bodies. That’s a far cry from the bad-ole days of legally enforced segregation, or indeed of the economic segregation that continues today.

In the words of the authors of the study:

Our study shows that critics are incorrect when they say that charters are driving a re-segregation of American schools. Their impact on segregation is small and appears to be somewhat offset by improvements in racial balance across districts in the same metro area.