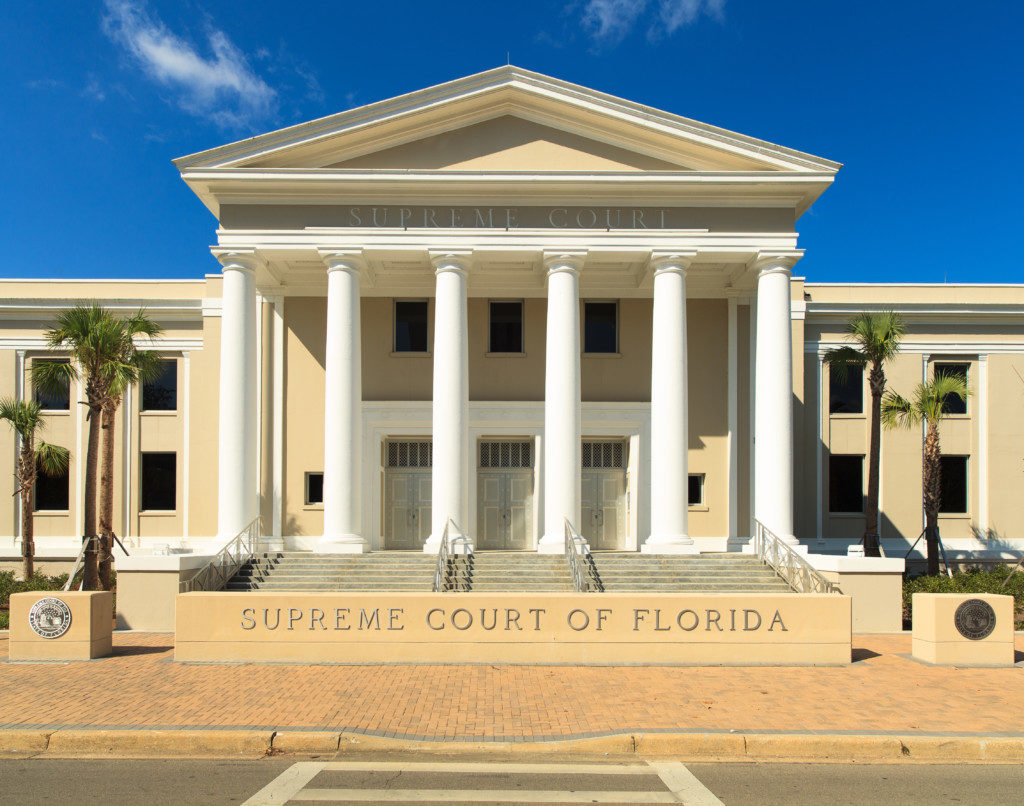 On June 7, 2005, opposing sides met for the final time to argue before the Florida Supreme Court over the constitutionality of the state’s first voucher program, the Opportunity Scholarship. Supporters of the program for low-income students had won several important victories, forcing opponents to abandon all but one remaining argument — that the voucher violated Florida’s “Blaine Amendment.”

Florida’s Blaine Amendment, Article 1, Section 3 of Florida’s constitution, is one of the most restrictive in the country. It reads:

“No revenue of the state or any political subdivision or agency thereof shall ever be taken from the public treasury directly or indirectly in aid of any church, sect, or religious denomination or in aid of any sectarian institution.”

A ruling by Florida’s Supreme Court on the matter could have sent the case to the U.S. Supreme Court to resolve, once and for all, how state Blaine Amendments could be applied to restrict or support state-funded scholarships to attend religious schools. But the Florida Supreme Court ducked the issue altogether. In a stunning move, the Court reversed course and resurrected two arguments it had rejected just four years before.

The U.S. Supreme court isn’t expected to resolve the lingering questions over state Blaine Amendments until 2020.

Florida’s First District Court of Appeal had the last word on the matter, but despite claiming a “clear meaning” and “unambiguous history” of Florida’s no aid clause, the court’s decision left gaping holes and many unanswered questions.

Lawyers defending the voucher program argued the scholarship did not violate the Florida Constitution because the benefit was to the student and the general public, and not intended to aid religious organization. In fact, the entire program was neutral with respect to religion because the vouchers were issued to parents who could use them at any private religious or non-religious school of their choosing.

Furthermore, the Opportunity Scholarship forbid private schools from selecting students on a religious basis and stated that scholarship students could not be compelled to pray, attend worship or even take religious courses.

Attorney General Robert Butterworth pointed to other direct appropriations, such a rent paid to churches used as polling places and subsidized pre-K at religious preschools.

The appellate court majority responded to these arguments with deafening silence, with no mention of the McKay Scholarship, the state’s only other K-12 voucher program funded by direct appropriations at the time. The ruling was narrowly tailored to only one single K-12 scholarship program.
Even Judge Wolf, who concurred in part, criticized the majorities incoherent constitutional interpretation stating,

“In order to avoid catastrophic and absurd results which would occur if this inflexible approach was applied to areas other than public schools, the majority is forced to argue that the opinion is limited to public school funding and article 1, section 3 may not apply to other areas receiving public funding.”

The court would not only fail to grapple with these important constitutional questions, it would end up ignoring Florida’s own legal precedent on the matter.

Coming Thursday: Florida has a long history of court cases that upheld the constitutionality of providing aid to religious institutions.