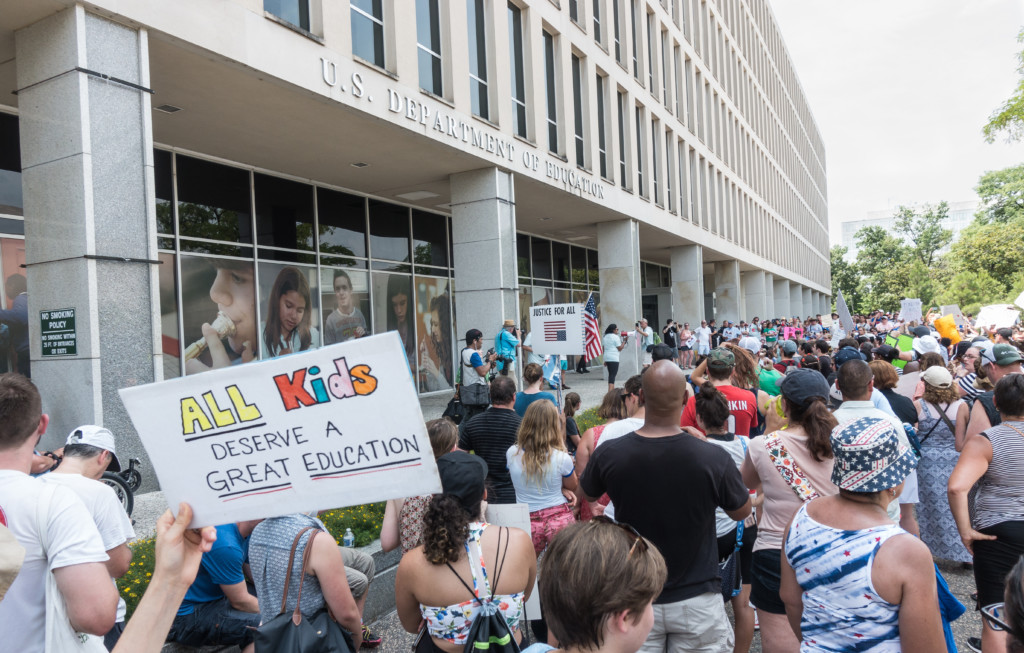 Should we refer to our movement as “education choice” or “education freedom”? That’s a big discussion these days. Which would better rally our supporters? Which would encourage opponents to give this movement a second glance?

Those are questions I was recently asked, and I fought the urge to say, “Who cares?”

Is it a national movement without national advocates organized to fight for and defend it?

I don’t think so.

The response to the latest threat from a presidential nominee highlights this situation perfectly.

Democratic front-runner Elizabeth Warren said recently that as president, she’d cut back federal funding for charter schools. She also spoke out against vouchers, promising to end them entirely.

Cue the histrionics from proponents of choice, especially from people who understand presidential politics and the part we play (or don’t) in all of it.

We do that pretty well. Get hysterical. Write op-ed pieces giving Democrats a stern talking to. Tweet with hashtags and emojis. Hold retreats where we discuss, and argue, how best to reach out to people on the left who are inclined to support us, yet inviting very few from that camp into the discussion, and then quietly ignoring their words of wisdom.

Afterward, it’s back to business as usual.

First of all, these are state programs. Calm yourselves.

Secondly, the teacher unions organize and mobilize on a national scale. We don’t. We don’t provide cover for candidates to do the right thing. We don’t get out the vote. We don’t even call on millions of teachers, parents or students around the country to raise hell.

We don’t provide an alternative.

How’s that for brave?

Would the teacher unions or school districts do that?

I don’t think so.

Legally, all are well within their rights to register people to vote. Yet those on our side stopped.

And we expect candidates to risk political suicide when we won’t even fight for ourselves?

That’s not much of a movement, so who cares what we call it?

Discussing this name issue at a recent conference, two conservative leaders said to me, loud and proud, that “education freedom” wouldn’t be the right choice to attract Democrats because Democrats don’t care about liberty or freedom.

When the organizers asked later how to bring more liberals and progressives on board, I suggested limiting the influence of those who despise them.

How’s that for an idea?

I also told them to get bold.

Ask progressive candidates why a woman can be trusted to choose an abortion, but not her child’s school.

When I suggested this, an older, male Libertarian winced and said that was too polarizing and would turn away the very people we want.

Did you get that?

So miss me with that bipartisan jazz. Too often, our work is used to rally support for Republicans with little concern for reaching across the aisle. I’ll know we truly want bipartisan support, including white suburban left-leaning moms like me, when more of us are included in the conferences and conversation.

When we organize nationally.

When we use effective arguments.

When our talking heads aren’t homogenous.

When our talking heads start looking more like me and our parents.

In a recent speech endorsing Bernie Sanders for president, Alexandria Ocasio-Cortez talked about her family exercising their freedom of education choice by moving from the city to Westchester County in order for her to attend its schools.

How did we respond?

Secretary of Education Betsy DeVos tweeted at AOC that she must, therefore, support school choice for all.

We’ve allowed our message and the important issue of helping low-income children escape generational poverty, to be owned by two of the more polarizing figures in American politics today: Donald Trump and Betsy DeVos.

This tweet gave newspapers permission to use headlines like “Betsy DeVos Informs AOC She Just Used a Conservative Talking Point.”

A conservative talking point? That’s news to this socialist. I thought it was a talking point used by anyone who cares about kids, regardless of their political persuasion.

That’s the message we need to promote.

That’s a movement we can all get behind.

Call it whatever you want.