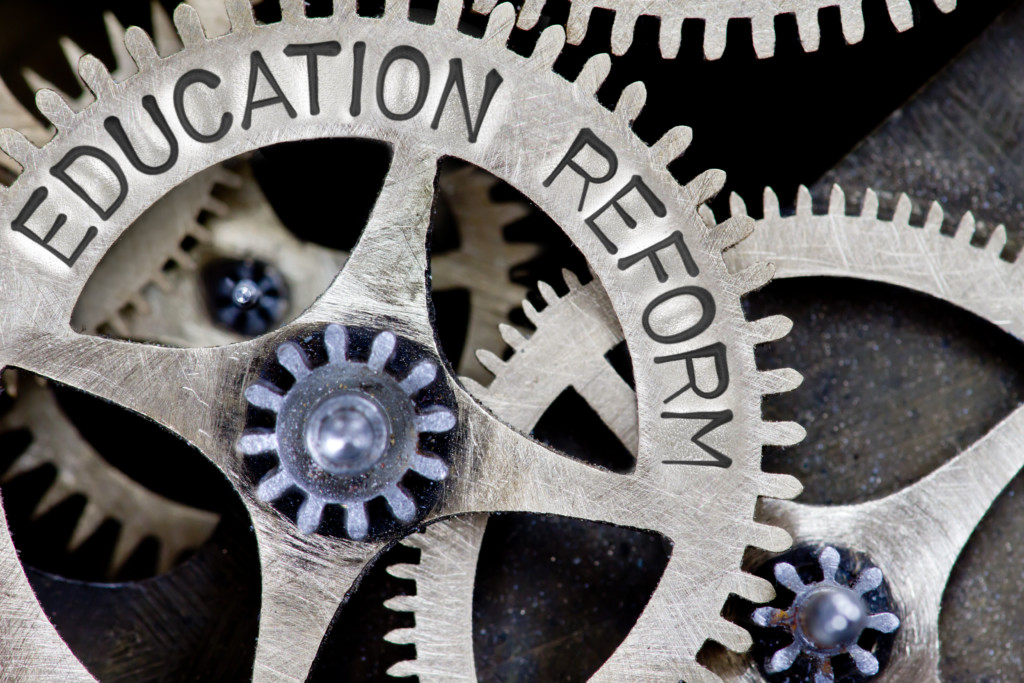 According to the National Review, progressive education reformers are ruining everything.

I had no idea.

How many progressive education reformers are we talking about?

Is this like when my mother in-law throws two or three chocolate chips into my oatmeal when I’m not trying to have dessert for breakfast?

Or when a single anchovy can mess up an entire pizza?

In a recent column, America’s Students Flounder while Education Reformers Virtue Signal, Jay P. Greene and Frederick M. Hess complain that our movement is losing both momentum and Republicans in much the same way Felicity Huffman is losing PTA speaking engagements.

They blame this mass exodus on liberals overtaking the movement.

And they’re seriously bummed about it.

Wait. What? Liberals are taking over the movement and Republicans are leaving?

Do Greene and Hess attend the same conferences as the rest of us? When was the last time you looked around one of our summits, saw all the folks from Institute of Justice and Americans for Prosperity clamoring for Senator Ben Sasse’s autograph and said, “Wow this place is a little too liberal”?

Do they read the same daily news feeds? I’ve never scrolled through and noticed positive coverage from Mother Jones or Democracy Now tucked in between Daily Caller and Breitbart. Not once.

Do they attend our symposiums where conservative pundits approach democratic socialists, all one of us, with the same curiosity a group of toddlers approach a snail? Furrowed brows and wondering aloud, “Does it bite?”

I always have to assure them: No, no I don’t.

And yet, Greene and Hess blame the left for scaring away Republicans and lowering NAEP scores.

Haven’t they heard? We’re not that powerful.

Education choice used to be their jam. A safe space where they could wax poetic about the joys of union busting and we’re mucking up their good time with our talk of equality, privilege and social justice.

I mostly work in Florida, where minority parents actually voted for a white Republican governor because he supports their right to choose the best educational environment for their kids. But what do I know? I’m not scouring through campaign finance disclosure forms, looking to see which candidates Teach For America employees are donating to.

It’s hard to pin down precisely what’s changed from the good ole days when Greene and Hess say, “campaign contributions were more evenly split” between Democrats and Republicans.

They seem perplexed, wondering how one can work for education choice and support a left-leaning candidate at the same time. Well. The few liberals we let into this movement openly chastise the Democratic party and its candidates for being on the wrong side of history. Most of us, however, are not single issue voters.

I’ll give you my email address if you want to understand why.

But this article isn’t about understanding.

This article is about rallying troops. Like those who wear MAGA hats and are gearing up to scream MERRY CHRISTMAS at every overworked barista they see this holiday season, a column of virtue signaling that rails against virtue signaling is just another way a few conservative, white guys can lament about how things suck now that conservative, white guys aren’t the only ones at the party.

This article reminds us that when we bring concerns about minority children into focus, this automatically turns off a lot of suburban or rural Americans because it’s no longer about just them.

This article isn’t lamenting bitter partisanship in the world, it’s asking for more of it. “Keep the liberals out,” it seems to be saying.

We shouldn’t be surprised.

Those with money and power are looking around these days, seeing signs that their influence might be dissipating, and they’re afraid. Afraid of losing their privilege. This is happening in our culture and we shouldn’t be surprised to see it in our movement, as well.

Relax guys, the right is still in charge and your reign won’t end anytime soon.

Talking with others doesn’t belittle those who started the conversation.

Right-wing supporters of ed choice often use reasons that don’t resonate with anyone outside the free market club. When we use progressive arguments to win over our opponents, are the free market types finding themselves with folks they never really got into the movement to help in the first place?

Is that the real problem?