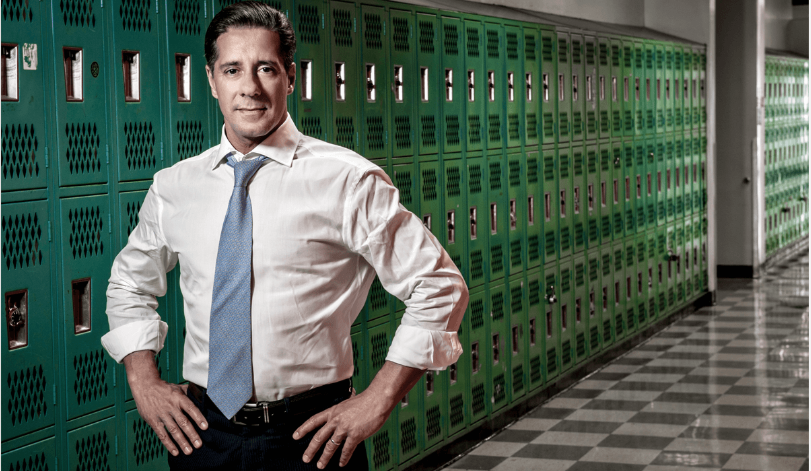 Editor’s note: During this holiday season, redefinED has published our best articles of 2019 – those features and commentaries that deserve a second look. This podcast from Step Up For Students’ director for policy and public affairs Ron Matus features a public school superintendent who understands the value of education choice. The post originally published Oct. 23.

You can be forgiven for thinking, given the vivid “tsunami of choice” metaphor used by Miami-Dade County Public Schools Superintendent Alberto Carvalho, that America’s fifth-biggest school district saw the rapid expansion of charter schools and private school choice a decade ago and concluded, If you can’t beat ’em, join ’em.

But listen to Carvalho for a few minutes and you might arrive at a different take – that Miami-Dade sized up the forces of choice and customization re-shaping public education and decided they’d beat competing sectors at their own game.

“I think it would be fair to say that I am by nature a reasonably competitive guy, and my team is as well,” Carvalho told me in a recorded interview in April, as I was putting together a paper on Miami-Dade for the Education Cities conference at Harvard. “But I can also tell you that we stopped trying to out compete others long ago. And now we’re in a phase of work where really we’re trying to outperform ourselves.”

“It really was a transition,” Carvalho continued. “We have seen the growth of the charter school movement in our community. But we’ve seen an even more aggressive … growth of public school choices within the previously-known-as traditional schools in Miami-Dade. So yes, I would credit in part our success, and the explosive nature of choice programs in our system, to, at least in part, to competition. But it was strategic competition. It’s not just to win the gold medal in anything. It was actually competition to deliver choice at much higher levels, being strategic in the deployment of choice programs, by analyzing their existence by zip code, across the district, and filling in the gaps.”

We at redefinED converted the interview into a podcast to complement the paper on Miami-Dade, which Education Next published this week. Among other points Carvalho makes about educational choice:

Resistance is futile. “We recognized … that the choice tsunami was upon us. And I was not going to do what lot of my colleagues did. Which is, ‘Let’s hope and pray it doesn’t hit us. Or let’s just allow this to go through. Like all things, this is a fad that will go away.’ … I could anticipate the policy shift in the state of Florida and across the country. And we were right. It has, quite frankly, materialized exactly as we predicted. But rather than being a spectator, or a victim of it, we were an active participant in it.“

More choice, better outcomes. “It’s not disputable that students that are enrolled in these choice programs usually perform academically better than those who are not. I think we ought to celebrate that. But the celebration should not last very long. We ought to replicate the success and continue to amplify through equitable access to the same opportunity that’s now being granted to 70 percent of our kids, but needs to be granted to the rest of them.”

You ain’t seen nothing yet. “Ten to 20 years from now, how will we be teaching kids in America? In Miami-Dade? … The most honest answer to that question is, we don’t know. And I say that because I think the mode and model of educational work will be significantly different from anything we know and understand today, as a result of three powerful forces: digitization, automation and artificial intelligence. You put those three forces together and you have to anticipate a dramatic shift, perhaps the most powerful shift we’ve seen in education in the history of mankind.”