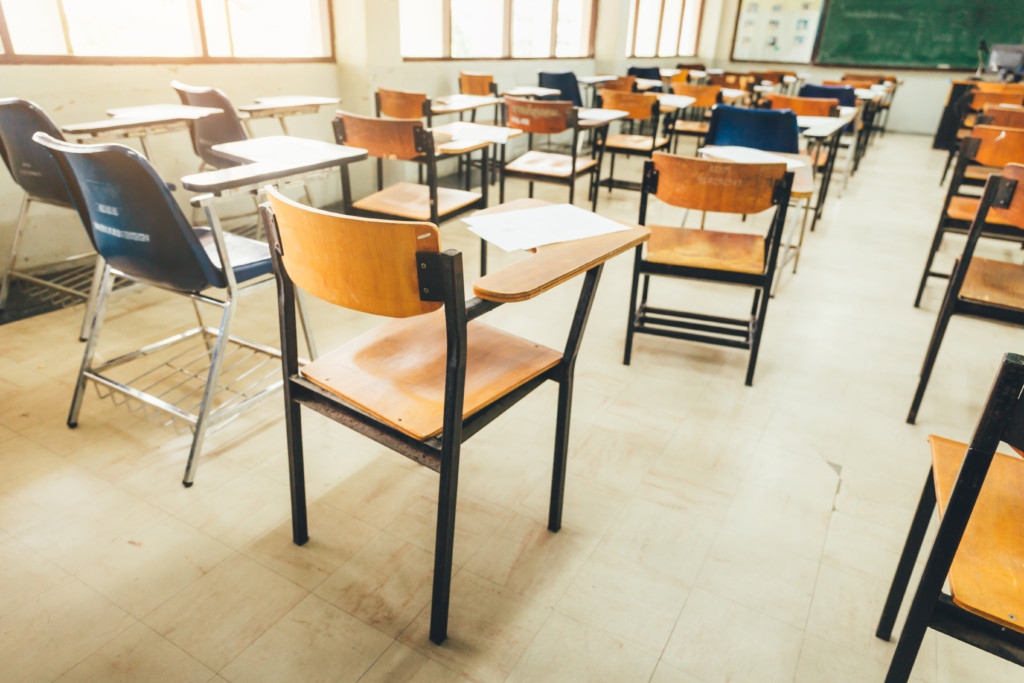 Editor’s note: As National School Choice Week winds down, Step Up For Students’ manager of charter school initiatives Keith Jacobs considers the challenge of achieving educational equity for all and the danger inherent in embracing the status quo.

WASHINGTON, D.C. – Sitting in his Birmingham jail cell in 1963, the Rev. Dr. Martin Luther King Jr. wrote of the progress for equality from post-reconstruction to the 1960s.

He concluded that “the Negro’s greatest stumbling block in his strike toward freedom is the white moderate who is more devoted to ‘order’ than to justice.”

That hits home for me.

Dr. King’s focus was to appeal to the moral compass of white leaders, urging them to promote justice, equality and fairness for blacks in the south. Let’s remember: Progress was not only hindered by hate groups, whose members threatened the lives and safety of blacks, but by average white citizens more concerned with maintaining peace and the status quo.

Civil rights were the social justice issue of the 60s. Today, as we bring National School Choice Week to a close, we face a new one: educational equity for all.

Education, often thought of as the foundation of civilization, has been slow to change and evolve. As we fight to improve it, our greatest stumbling block is still the “white moderate” – liberals or progressives with privilege in our present-day society.

Too often, their opposition (at worst) toward education choice or their silence (at best) has left our most vulnerable populations – mostly minorities, lower-income families, and students with disabilities – forced to rely on luck for better options rather than access. When children are prevented from realizing their true potential, it sometimes yields deadly consequences.

Dr. King’s comments suggest that neighbors, clergy and politicians who think of themselves as friendly to progress but refuse to get involved are a big part of the problem.  Those who would make excuses or say change is impossible because “it’s always been like this.”

Today, these same individuals complain about shortcomings in the education system at family gatherings and church functions but refuse to support options. Their lack of support suggests the attitude that “this is happening to ‘them,’ but my child is fine.”

This type of privilege is a stain on the fabric of our social conscience.

At the trisection of MLK Day, National School Choice Week and the annual convening of the Diverse Charter Schools Coalition in Washington D.C., where I am a participant, we must take an introspective approach and determine next steps.

There has been tremendous growth in the number of lower-income families and students of color, who also are culturally and linguistically diverse, in school districts across the nation. Why are they still so far behind?

Why are people still opposed to the D.C. Opportunity Scholarship Program that has helped so many students of color?

Why are children with disabilities locked out of the American dream?

These are the questions we are grappling with today.

If you turn your back on these kids, or would rather discuss district funding than the fight for equity for all, then you are reminiscent of the white moderate who stood aside while blacks were lynched, denied basic human rights, and restricted from voting.

You are the reason why, 50 years after the march in Birmingham for civil rights, we needed a rally of over 10,000 advocates a few years ago in Florida to fight for education choice.

Your endorsement of the status quo is the reason hundreds rallied in Tallahassee the day after Dr. Martin Luther King Jr. Day this month to support better educational opportunities for students with disabilities.

Let’s finally give our marginalized communities what they need: equity and fairness.

It’s time for any who would think otherwise to get off their lofty post and support a cause that values students over a system. All students.