If you need to make a choice between reading this post or watching the video featuring the mom pictured above, please watch the video. Katie Swingle explains why families with children with special needs require and deserve access to education choice. Her story demonstrates why depriving them of choice is a terrible thing.

Sadly, there is an effort underway in Arizona to do exactly that.

Arizona’s Save Our Schools group has proposed a statewide ballot initiative that would create an overall participation cap on Arizona’s Empowerment Scholarship Program of 1 percent of the total student enrollment of the public school system. Once that cap is reached, students other than those with disabilities, including Native American children, those who have been in the foster care system, are zoned for D- or F-rated public schools, orphans and dependents of active duty military service members among others, would be purged from participating.

Upon completion of this purge, the program would lack the ability to serve additional special needs students. Last week, I noted that 1.7 percent of the total public school enrollment in Florida makes use of private choice programs for children with disabilities. I should further have noted that Florida has a waitlist of students with disabilities for the ESA program.

Historical program data allows us to assess the length of time it would take for the proposed cap to deny access to disadvantaged students if something like it were to be applied in Florida. As a thought experiment, imagine Florida’s multiple-choice programs debuting as a state-funded program in the same year that the McKay Scholarship program debuted.

This next part will require you to suspend your disbelief. Imagine a group of advantaged urban Floridians who exercise choice in their own families managing, from the outset of choice, to implement a cap in Florida for disadvantaged students. Floridians, of course, would find it nearly impossible to live with such a level of moral hypocrisy.

In Florida’s actual experience, lawmakers created a voucher program for students with disabilities and one for children in failing schools, followed by a tax-credit scholarship program for low-income students. Our thought experiment involves envisioning Florida following closer to the Arizona ESA experience: a single program starting with students with disabilities. A few years into the program, the Florida lawmakers of our thought experiment add low-income students into the eligibility pool for the state-funded program. Okay. So, how long would it have taken for the SOS cap to have purged disadvantaged students in Florida?

Let’s look first at the McKay Scholarship program for students with disabilities. 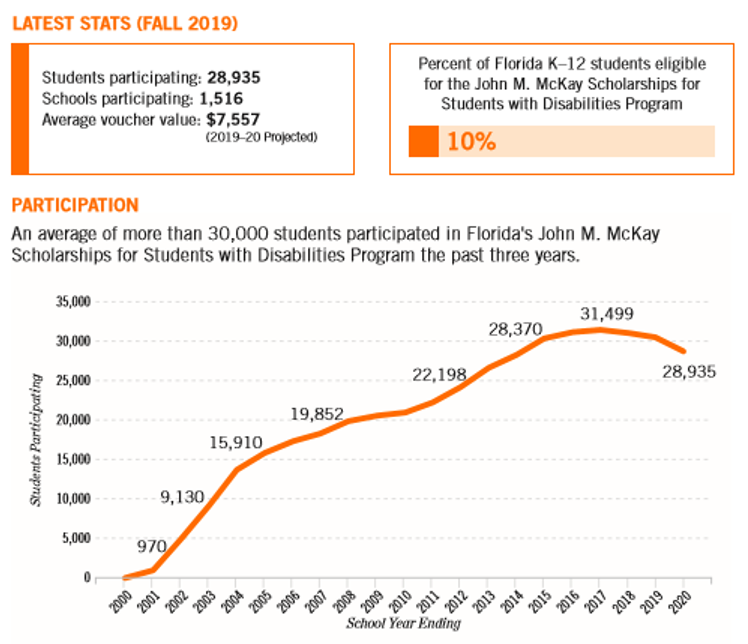 If the McKay Scholarship program had been the only choice program created, it would have exceeded the 1 percent cap by itself in 2013. After 2013, additional special needs children would have been denied access. Of course, it wasn’t the only program; Florida lawmakers also made low-income students eligible to participate in choice. 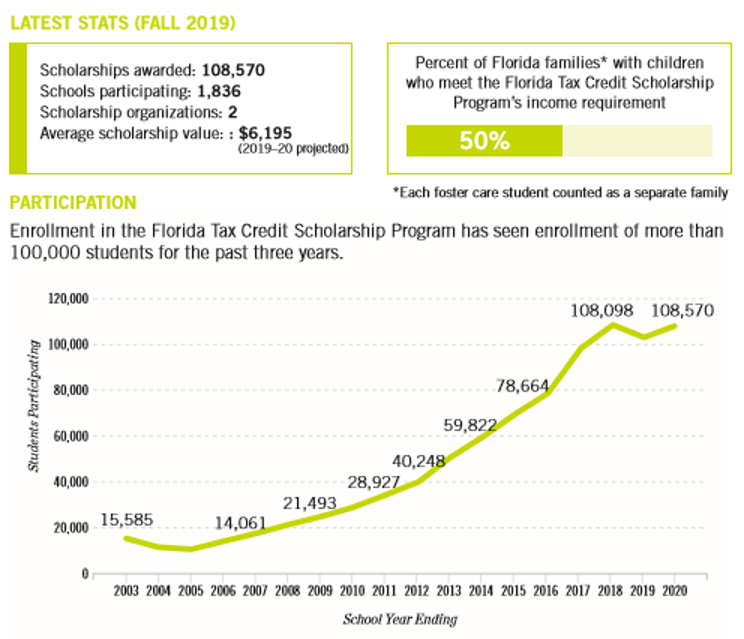 The combination of McKay and the tax credit program would have exceeded the SOS cap around 2004. “Let them eat cake,” the cap supporters would tell the tens of thousands of low-income families piling onto waitlists.

This isn’t the end of the story, however. Florida also created a special needs ESA program in 2015. This is the program used by the all-too-real mom in the video. 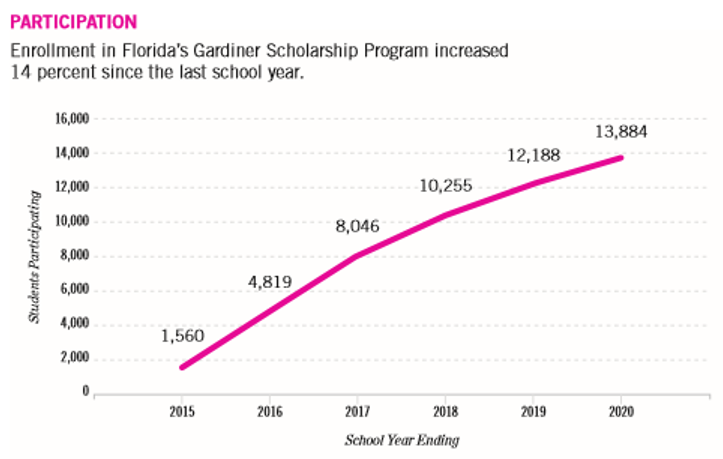 Every single one of these families, including the Swingle family, would have been denied choice under an SOS cap. Arizona’s ESA program is only a few years of growth away from reaching the proposed cap.

Supporters claim the cap will not impact current beneficiaries, but it clearly will. Moreover, there are thousands of Arizona students with disabilities today, and many more yet unborn, who would be denied access through the proposed cap.