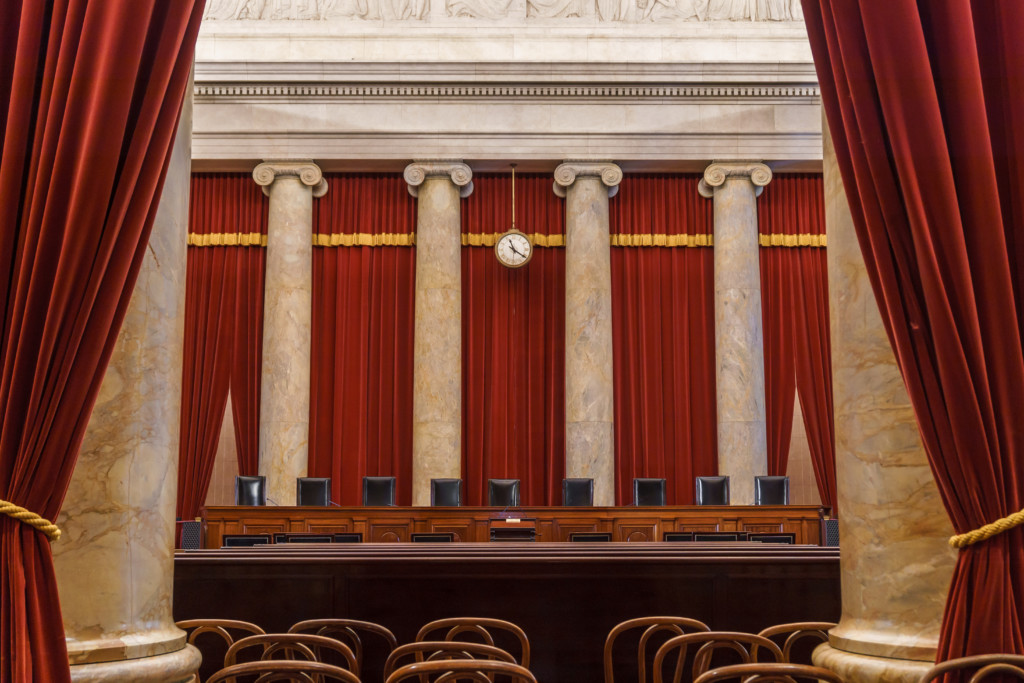 After more than a century, the U.S. Supreme Court finally has determined that Blaine amendments, which were created in the late 19th century under a wave of anti-immigrant and anti-Catholic bias, violate the U.S. Constitution’s Free Exercise clause.

“A State need not subsidize private education. But once a State decides to do so, it cannot disqualify some private schools solely because they are religious,” ruled the U.S. Supreme Court in a 5-4 decision this week.

The U.S. Supreme Court’s ruling reverses the Montana Supreme Court, arguing the state’s  “No Aid” provision violates the rights of parents, students and religious schools under the Free Exercise Clause of the U.S. Constitution.

The ruling is in step with the Trinity Lutheran (2017) decision which argued denying grants for playground resurfacing simply because the institution was religious was unconstitutional.

Though the Court ruled that the Blaine Amendment violates the Free Exercise clause, it declined to rule whether it also violated the Establishment Clause or Equal Protections Clause.

Not surprisingly, school choice opponents are up in arms about the decision.

“… the court has made things even worse opening the door for further attacks on state decisions not to fund religious schools,” said National Education Association president Lily Eskelsen García in an NEA blog post.

But the court’s decision does nothing of the sort. The decision to create and fund education scholarships still falls to the people.

Other school choice opponents are arguing the decision erodes separation of church and state.

Ron Meyer, lawyer for the Florida Education Association, went so far as to state in an interview with the Miami Herald, “It’s another chipping away of the free exercise of religion.”

The first case to apply the Free Exercise clause to a state matter was Cantwell v. Connecticut (1940), which reversed a criminal conviction of three Jehovah’s Witnesses for proselytizing door-to-door without a state license. In a unanimous decision the court ruled:

“Freedom of conscience and freedom to adhere to such religious organization or form of worship as the individual may choose cannot be restricted by law. On the other hand, it safeguards the free exercise of the chosen form of religion. Thus, the Amendment embraces two concepts, freedom to believe and freedom to act.”

In Everson v. Board of Education (1947), the court defined the Establishment Clause beyond simply establishing a national church by declaring the clause prohibited the aid of one religion or even all religions. However, the court still upheld public bus fare reimbursements to parents sending their children to Catholic schools because the reimbursement was available to all. Regarding New Jersey’s publicly funded programs, the court ruled:

“Consequently, it cannot exclude individual Catholics, Lutherans, Mohammedans, Baptists, Jews, Methodists, Non-believers, Presbyterians, or the members of any other faith, because of their faith, or lack of it, from receiving the benefits of public welfare legislation.”

In Zelman v. Simmons-Harris (2002), the U.S. Supreme Court held Ohio’s voucher program “does not offend the Establishment Clause” because the program was neutral with respect to religion.

As with Zelman, several other national cases support tax exemptions and other public benefits for seemingly religious activities, but only so long as the programs pass the “Lemon Test.”

Lemon v. Kurtzman (1971) established the “Lemon Test,” a three-part test to determine if a program violates the Establishment Clause. The test requires the program to have a secular purpose, to not advance or inhibit any particular religion, and to not excessively tangle government with religion. In Lemon, the court allowed state subsidies of textbooks, educational materials and even teacher salaries at private schools in Pennsylvania.

Mueller v. Allen (1983) upheld a Minnesota tax law that allowed individuals to deduct parochial school expenses. The Supreme Court ruled the program was neutral with respect to religion since the tax deduction was available to all, and that helping to fund education (even through tax deductions) was a secular purpose.

Agostini v. Felton (1997) allowed public funds to pay the salaries of public school teachers educating economically disadvantaged children, including private religious schools. This landmark ruling reversed Aguilar v. Felton (1985), which held that paying public school teachers to teach parochial school students was “excessive entanglement” with religion. Agostini reversed that decision and determined the program was neutral with respect to religion and that the purpose of educating disadvantaged children was a secular one.

Deference to religious neutrality flows down to the state courts as well.

Florida cases such as Koerner v. Borck (1958) argued that, “State power is no more to be used so as to handicap religions, than it is to favor them.”

Meanwhile, in Johnson v. Presbyterian Homes of Synod of Florida, Inc. (1970), the Florida Supreme Court ruled on a tax exemption:

“A state cannot pass a law to aid one religion or all religions, but state action to promote the general welfare of society, apart from any religious considerations, is valid, even though religious interests may be indirectly benefited.”

Espinoza isn’t deviating from the U.S.’s “separation of church and state,” as critics have misunderstood. The ruling follows a long history of allowing religious institutions and persons to benefit from public programs, in this instance extending that right to K-12 education where powerful opponents attempted to carve out an exemption.

A fight over how much religion can be taught in a private school may be around the corner. But that is a fight for another day.