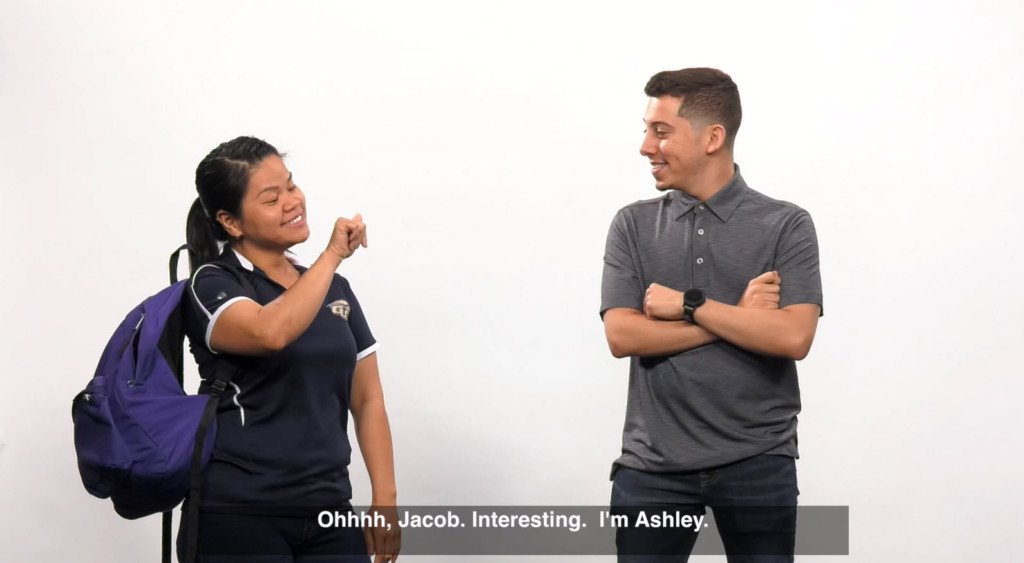 Editor’s note: Last year, Florida Gov. Ron DeSantis appointed a new slate of trustees to the board of the Florida Virtual School. Vice chairperson Linda Reiter is one of those appointees and the first in redefinED’s occasional series of profiles of leaders and advocates in the education choice movement.

Linda Reiter has spent more than three decades teaching thousands of students. Though the names, faces and teaching methods change, her motivation has remained the same.

“Anything I do in education is in honor of my sister,” said Reiter, who at 67 continues to work with hearing-impaired students at Miami-Dade charter schools after retiring as one of the school district’s first itinerant teachers.

When Reiter was invited last year to become a member of the Florida Virtual School’s board of trustees, she considered it yet another way to pay tribute to her late sister, Shira, who was born deaf and who found the best educational fit because of school choice.

Reiter’s parents wanted Shira to be able to fully function in a hearing world. In their view, that meant learning to communicate orally. They sent her to a school that did not allow sign language. After the school’s methods proved too harsh, they tried a district school in their hometown of Philadelphia. That lasted six months. Finally, they sent her the Model Secondary School at Gallaudet University, the world’s only university in which all programs and services are specifically designed to accommodate deaf and hard of hearing students.

“She came home in three weeks a full signer, because everybody in that school was a signer,” recalled Reiter, who took a sign language class when she was 16 so she could communicate with her sister. In teaching and mentoring Shira, she found the passion that ultimately became her life’s work.

It is mainly because of her sister’s experience that Reiter supports customized education, including the virtual education provided by the Florida Virtual School, a statewide public school district offering more than 190 courses for students in kindergarten through 12th grade.

“I’m hoping my expertise in special education is a good mix for this board,” Reiter said.

Not that FLVS has ever been lacking in its ability to serve hearing-impaired students.

“They’ve got a lot in place; they have worked with the Florida School for the Deaf and Blind in St. Augustine for many years,” she said. “They make accommodations for every student. They have two interpreters on their staff, exceptional student education managers and teachers.”

Since July, 611 students with hearing impairments have taken classes through FLVS, she said.

However, accommodating other special needs can be challenging for online education providers. While FLVS accepts students on individualized education plans and 504 service plans, it tells families whose students are taking classes through its part-time flex program to access services it can’t provide through their school districts.

Reiter said she thinks FLVS, which expanded its capacity during the pandemic, will continue to be a popular option even after the threat of COVID has passed, just like other innovative forms of education such as learning pods and hybrids, which sprang up as grass-roots pandemic solutions.

“Everything changed from the way it was last year, and it’s not going to go back to the way it was” she said. “Parents have never seen this before en masse, and some of them like it very much. This is the future.”

One high school senior Reiter works with loves virtual learning and wants to finish his high school career that way, while another can’t wait to get back to brick-and-mortar school. Both should be allowed to do what works best for them, Reiter said, just like her sister was able to do so many years ago.

“That’s the problem with big district decisions. They don’t always work, and you’re stuck in a little box you can’t get out of,” Reiter said.

She thinks her sister would agree.