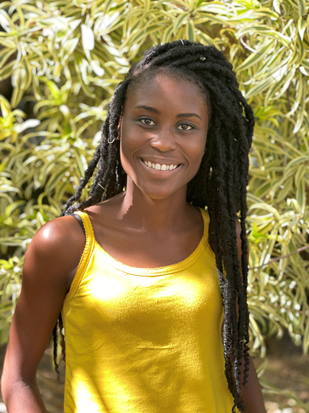 Editor’s note: This profile is the second in a series featuring former Florida Tax Credit Scholarship recipients who are included in the 2020 cohort of the American Federation For Children’s Future Leaders Fellowship.

Hera Varmah had a dream as far back as middle school: to go to college, learn how to make healthful, tasty foods available to everyone, and do something important in the world.

But she had two challenges.

Math and science didn’t come easily to her, and her teachers, overwhelmed with more students than they could handle, didn’t have time to help her.

And because she was one of 11 children in a household of 16, she sometimes “got lost in the sauce” at home.

“I was struggling but I didn’t want my parents to know,” said Hera, now 21. “I hid my tests. When they finally found out, they were more upset that I didn’t ask for help when I should have.”

Once apprised, her parents took immediate action, enrolling Hera at Academy Prep Center of Tampa. The move would not have been possible without assistance from a Florida Tax Credit Scholarship for lower-income students. Several of Hera’s siblings already were attending Academy Prep on the scholarship and were reaping excellent results.

Things didn’t change for Hera overnight. She continued to struggle because she wasn’t prepared for the rigorous college-prep curriculum. But with guidance from patient and persistent teachers, she began to make a turnaround.

“I got math tutoring at lunchtime, I got science tutoring during recess,” Hera said. “At first, I didn’t want to do the work. I’m really glad they pushed me.”

In hindsight, Hera doesn’t fault the teachers at her public school for her lack of progress there.

“They had so many students to focus on,” she said. “My teachers at Academy Prep were a lot more understanding of what I needed to focus on. They took the time to know every student.”

One teacher in particular was instrumental in Hera’s life.

“He asked if I had ever used note cards,” she said. “I tried that and did really well. I got my first A. He said, ‘We’re going to start using them for everything.’ Now I can remember what I learn without the note cards.”

As Hera’s grades improved, her confidence soared. She graduated from Academy Prep feeling more than ready for the rigors of Tampa Catholic High School. Four years later, in 2017, she was accepted at Florida A&M University.

She graduated this month with a degree in food science, well on her way to fulfilling her middle school dream.

Today, she can only imagine where she would be without the benefit of education choice and the Florida Tax Credit Scholarship.

“I probably would be where my elementary friends are now,” she said. “A few of them went to community college, but most of them started working right after high school. I probably would have struggled through high school and wouldn’t have gotten into a good college. It’s scary to think about.”

Hera considers her parents’ decision to participate in the state scholarship program the best decision they ever made.

“It gave my siblings and me a chance to be successful,” she said. “My oldest two brothers set the example for the rest of us to follow.”

In the years since, Hera has set the example for her younger brothers and sisters.

“It forces you to become a leader when you have a lot of siblings looking up to you, following you,” she said.

Hera’s leadership skills have found a new arena in the education choice advocacy world. Recently, the American Federation for Children selected her as a member of its Future Leaders Fellowship. She writes op-ed pieces for national newspapers and makes public appearances to talk to families and students about education choice options in their states.

“I think the best way to advocate for school choice is to tell my story,” she said. “Telling my story is like a tool. I know a lot of people don’t realize the difference these scholarships can make.”

She sees this as important work despite her busy schedule – and as something she plans to continue doing even though she’s no longer a student.

I definitely plan to advocate forever,” she said. “Wherever I go, I’ll be advocating.”

For more information about scholarship programs administered by Step Up For Students, click here.