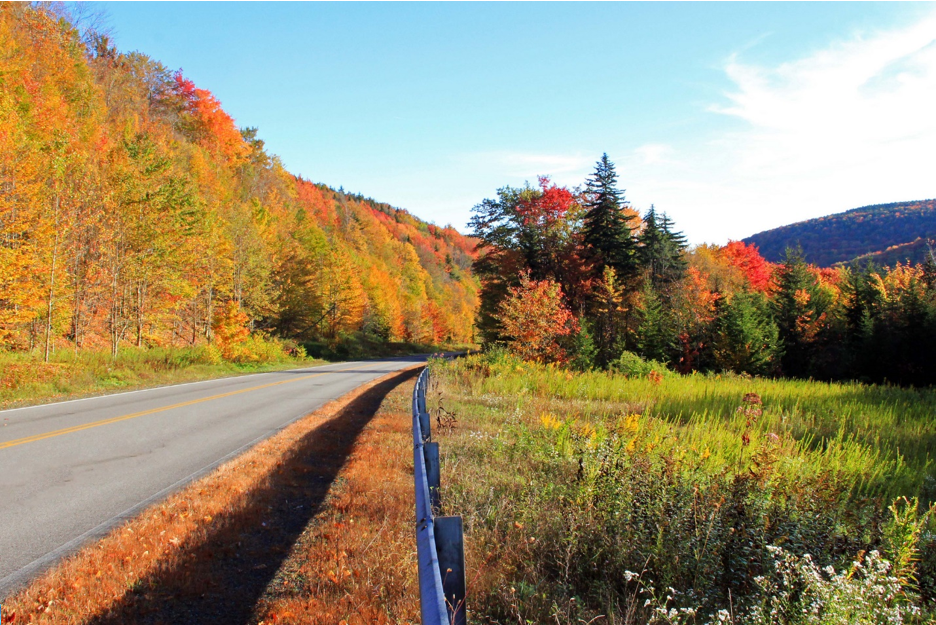 Almost heaven, West Virginia
Blue Ridge Mountains, Shenandoah River
Life is old there, older than the trees
Younger than the mountains, growin’ like a breeze

The pandemic has accelerated many pre-existing trends, including remote work and micro-schooling. The District of Columbia region may face newly sharp competition for young families because of these trends.

Traditionally, a small number of people have commuted to work in D.C. from West Virginia, but the combination of a long commute and a state education system with a poor reputation kept it to a modest level. Remote work (allowing employees to spend less time in the office) and West Virginia’s new education savings account program, however, may change the calculus for young families.

When you review the other options for D.C.-area workers with families, West Virginia may come to look very attractive.

Traditionally, people working in D.C. either paid for private schools for their children – the Clintons and the Obamas, for instance, sent their daughters to the same private school after moving into the White House – or they moved to the Maryland or Virginia suburbs when their children reached school age. District of Columbia Public Schools, outside of a small number of campuses with very expensive buy-ins through the mortgage market, were plagued by catastrophically low levels of average academic achievement despite sky-high levels of spending per pupil.

District of Columbia Public Schools have changed since the Clintons entered the White House, but in some surprising and unexpected ways.

Given average seven-figure sums spent on real estate to buy into the “public” schools these students attend, this ought not surprise us. DCPS has by far the largest racial achievement gap in the country between white and Black students, as the district’s scores on national exams for Black students attending district schools remain near the bottom when compared to other large urban districts included in the Nation’s Report Card.

Alternatively, you can move out to a D.C. suburb like Arlington, Virginia. The image below gives a glimpse of currently available four-bedroom, two-bath houses in Arlington. 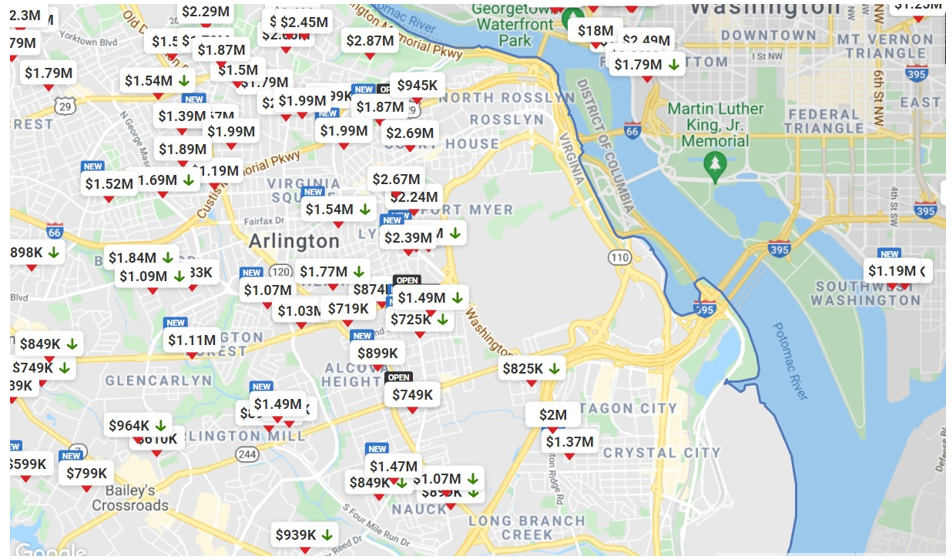 See any bargains there for young families? Don’t answer yet, because the Educational Opportunity Project at Stanford University measured academic growth between 2008-18 by county and district, and this is where the plane landed for Arlington.

For those squinting at their iPhone, that’s Arlington County (1) way over on the wealthy side of the graph with a rate of academic growth -5.6% below “learned 1 grade level per year for the period covered.” The results look similar if examined by school district.

I’m only picking on Arlington because I have friends who live there. Falls Church (2) is even wealthier, but like Arlington, doesn’t reach the average level of academic growth threshold. Both areas have scores well above average, but most scholars regard academic growth as the best measure of school quality.

If you are hearing a college basketball crowd chanting “OVER-RATED” in your head, don’t feel bad about it.

Here is where the plot thickens.

If you like the idea of hiring your own teacher in partnership with other families, then West Virginia might be the place for you. Northern Virginians, Washingtonians and Southern Marylanders with young children might consider relocating.

You have nothing to lose but your chains, and the freedom to fully control the education of your children to gain.