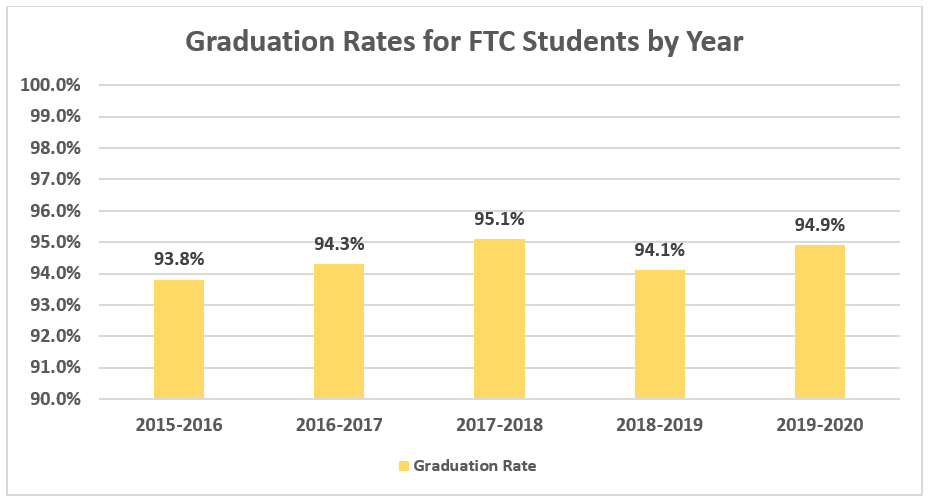 Nearly 95% of seniors participating in the Florida Tax Credit Scholarship program graduated from high school during the 2019-20 school year, the second highest graduation rate since the nonprofit that administers the state scholarships began tracking graduation rates in 2015.

Catholic schools had the highest graduation rate at 99.1%, while non-denominational schools had the lowest with 91.9% of seniors graduating according to an annual report released this week by Step Up For Students, which hosts this blog.

The graduation rate is defined by the percentage of students who began in the 2019-20 school year as seniors and earned a standard diploma, special education diploma, or other certificate or diploma by the end of the academic year.

To compile the report, Step Up For Students used data from the Florida Department of Education along with a survey of Florida’s private schools. Just over 95% of respondents surveyed provided responses. Of those surveyed, 164 did not respond concerning their exit status, while 16 students who transferred to a public school were excluded from the analysis.