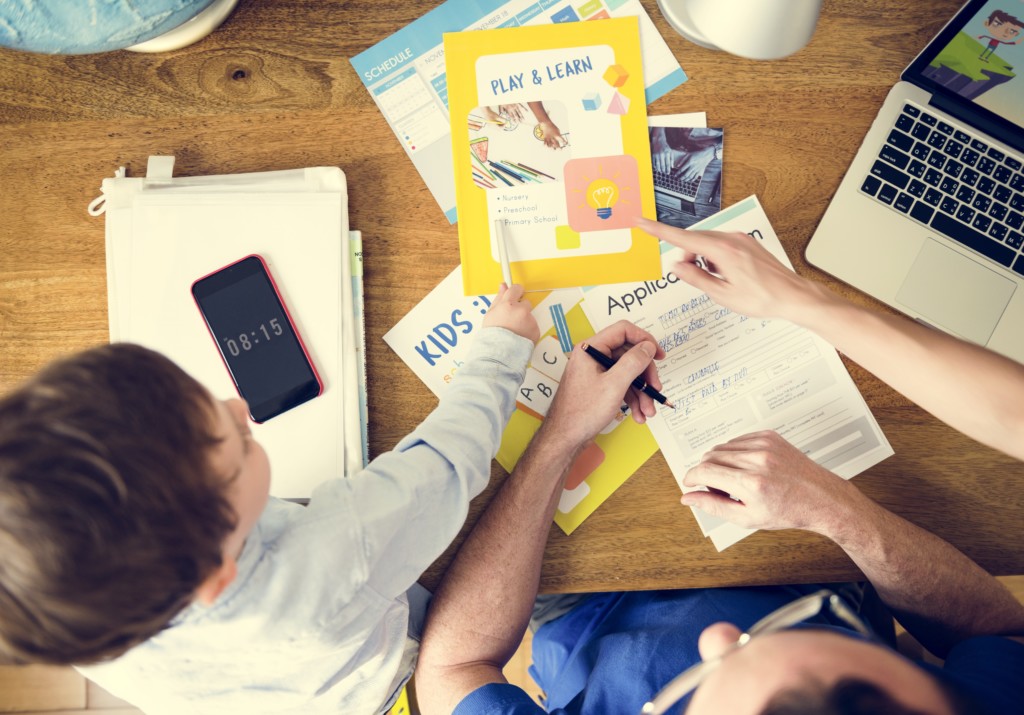 And these children that you spit on

As they try to change their worlds

Are immune to your consultations

They’re quite aware of what they’re going through

A district school superintendent recently told me: “COVID has kicked the education reform can down the road 15 years. I’m not sure we are all aware of the implications yet, but the belief that we are returning to 2019 ‘normal’ is folly.”

Wired reported this month on the increase in homeschooling during 2020:

In 2019, homeschooled students represented just 3.2 percent of U.S. students in grades K through 12, or around 1.7 million students. By comparison, 90% of U.S. students attend public school. But a March 2021 report from the U.S. Census Bureau indicates an uptick in homeschooling during the pandemic: In spring 2020, 5.4% of surveyed households reported homeschooling their children (homeschooling being distinct from remote learning at home through a public or private school).

By fall 2020, the figure had doubled to 11.1% … The U.S. Census Bureau’s survey indicates that homeschooling rates increased across all ethnic groups in the past year, and the greatest shift was among Black families, who reported a 3.3 percent rate of homeschooling in spring 2020 and 16.1% later in the fall.

Tyton Partners made another set of estimates based upon a survey of parents. Nothing looks revolutionary at first glance in these estimates, but look closer and you can feel the earth shift under your feet. 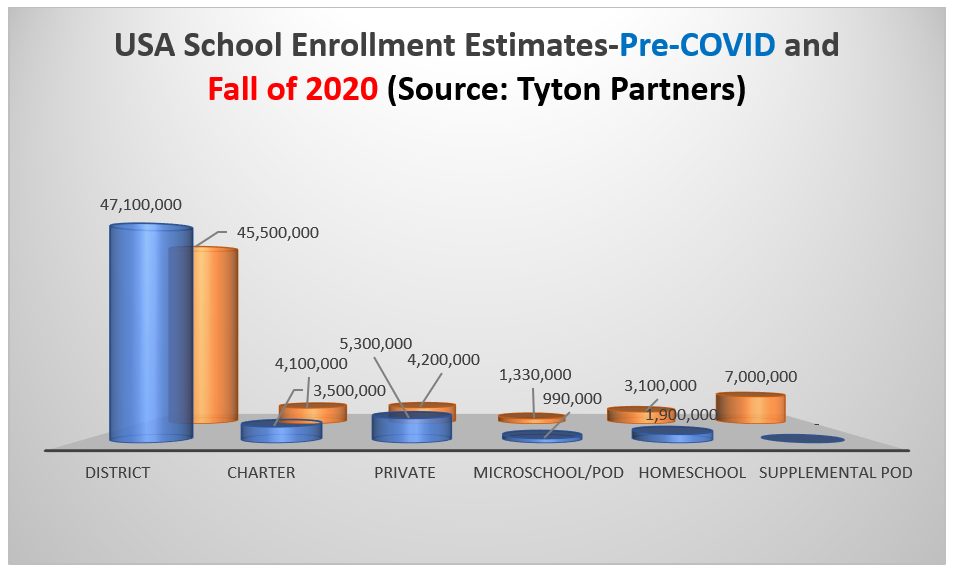 The Tyton estimates show a less profound (but still sizeable) move to homeschooling. You probably shouldn’t get overly attached to either estimate because the situation is very fluid, and we’ll know better in the fall. Even if the Tyton numbers are closer to reality, as the Wired article notes, the ease with which people can homeschool has increased, as have the incentives to do so.

There will be no putting this toothpaste back in the tube.

If the Tyton estimates are accurate, district and private schools will have suffered their largest single-year declines in history while charter schools, micro-schools and homeschools enjoyed large increases in enrollment, and supplemental pods emerged spontaneously to educate 7 million students. We see, for instance, a rate of charter school enrollment almost four times that of the average between 2000 and 2018. The shakeup likely isn’t finished.

The largest decrease in enrollment nationwide came from kindergarten students, with parents choosing to “redshirt” rather than enroll them in fall 2020. A National Public Radio survey of 100 school districts found an average kindergarten enrollment drop of 16%.

Assuming most of those families choose to enroll for fall 2022, schools likely will have to shift teachers out of first-grade assignments (where there will be fewer students) into kindergarten assignments (where there will be more). Which school sector they sort themselves into and at what rate also will be of interest. A back-of-the napkin estimate of the number of redshirted kindergarteners based upon the typical size of recent cohorts and the 16% figure would fall between 500,000 and 600,000 students.

The Wired article contains a point-counterpoint between a representative of the American Association of Superintendents and the Black Family Homeschool Educators and Scholars. The Superintendent’s representative makes the usual worried statements about money for the system. The Black homeschool advocate seems much more focused on the interests of students:

… Ali-Coleman, of Black Family Homeschool Educators and Scholars, warns against over-emphasizing the limitations of low-income families. She says that not all homeschooling families are necessarily financially privileged, either, pointing to Fields-Smith’s research on single Black mothers who homeschool their kids in spite of low-income status.

Sure enough, when you plot academic growth for Black students in the top five spending states – in order, New York (1); Connecticut (2); New Jersey (3); Vermont (4); and Alaska (5) – in the Opportunity Project at Stanford University explorer, only Alaska has a rate at or above the national average.

Of greater interest still will be Tyton Partners’ estimated 7 million students who engaged in supplemental pods. These students remained enrolled in another school online but joined small education communities to do so.

The Tyton Partners survey found 15% of parents made shifts in their child’s schooling situation this past fall. More change is likely on the way for this fall. In the medium to long term, the most significant change likely will be the availability of entirely new sectors and methods of education.