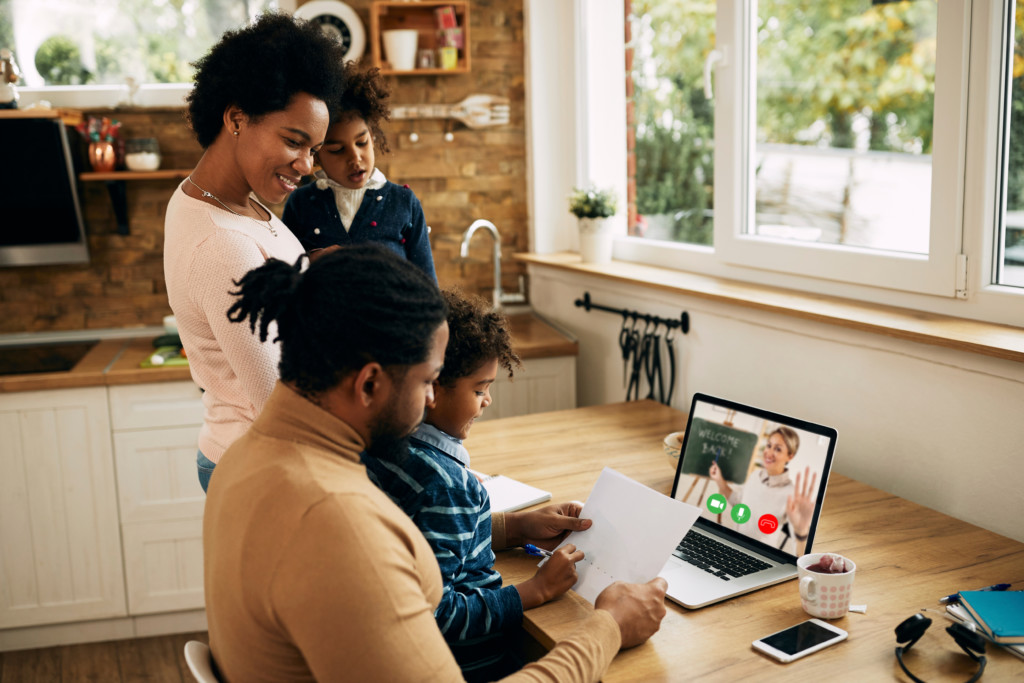 Homeschooling in the 1980s typically called to mind white, middle class families who opted out of traditional district or private schools to focus on teaching their children through the lens of their religious faith.

In recent years, homeschooling has moved far beyond being the preferred learning method of a handful of American families, increasing in popularity as parents become less satisfied with more traditional choices. The pandemic accelerated that trend as parents looked for innovative alternatives to public or private school virtual programs or wanted to avoid exposure to COVID-19 at in-person schools.

Across the country, the Black community led the way. A recent U.S. Census Bureau report shows that homeschooling rates quintupled among Black families, with the proportion of homeschooling increasing from 3.3% in the spring of 2020 to 16.1% in the fall of 2020. 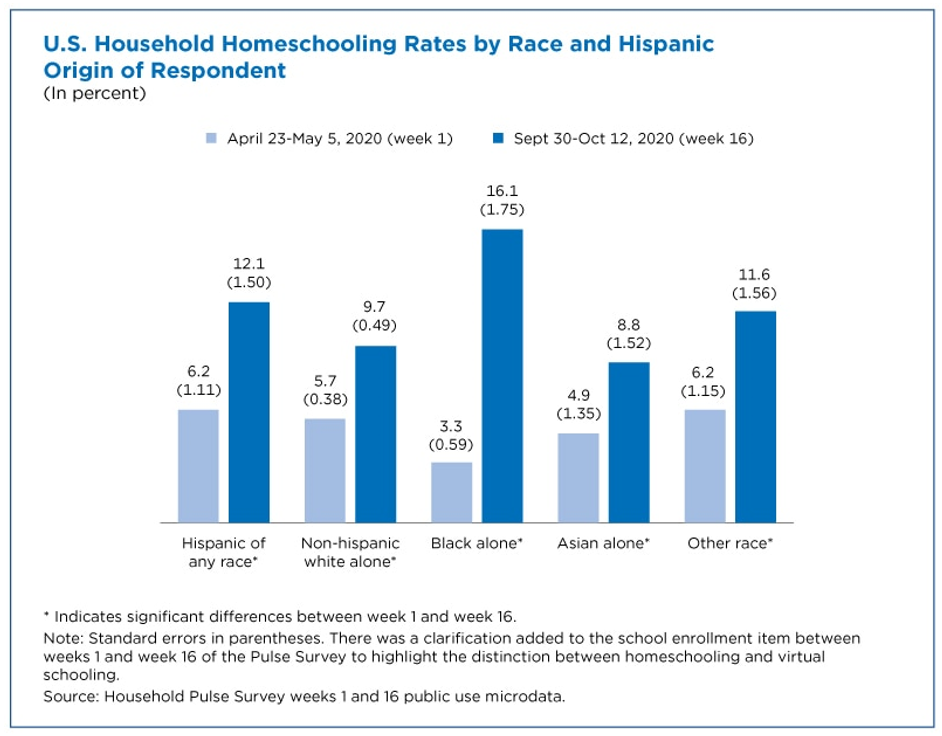 “One common trend that we’ve noticed during this pandemic is that parents have become empowered,” said Rasheeda Denning, founder and president of Black Homeschoolers of Central Florida Inc.

Denning started the nonprofit, non-religious group in 2009 to help connect Black homeschoolers scattered across the region so they could share ideas and resources. Today, the organization’s Facebook page has 1,212 followers.

“Those busy day-to-day schedules that they thought would not allow them the ability to educate their children at home were wiped away in an instant, and they were forced to ‘homeschool’ due to the pandemic,” she said.

Many families who otherwise would not have chosen home education have told Denning they are seeing the unexpected benefits for their children as well as for themselves.

“The pandemic ended up being a catalyst to help parents fully realize their potential and ability to educate their children at home,” she said. “This also allowed them to get to know their children better and find areas of weaknesses and strengths, something that time didn’t really allow them to do before. Now they are making time, family time.”

Denning continued: “Some new families will return to traditional schools, but we’ve found that most of our families are enjoying this new way of schooling and will stay with homeschooling, seeking out support to help them on their journey.”

The growth in homeschooling and alternative forms of education such as micro-schools and learning pods has drawn interest from Black faith leaders, who see the movement as a chance for churches to provide additional opportunities that will help shut down the school-to-prison pipeline. According to the Boston Globe, several churches serving minority populations offered learning pods to lower-income students.

Among those was the Rev. David Wright, executive director of BMA Ten Point Coalition, an alliance of 30 predominantly Black churches, who said the alliance transformed its afterschool program into full-day learning pods at two of its churches. Together, they served nearly two dozen kindergarten through sixth-grade students.

“I think it’s a good thing to have the church involved so that we not only meet the need, but so that we can help instill the moral obligations that we want our kids to grow up and practice,” said the Rev. Mark Coats, pastor of Grace of God Baptist Church in Miami and president/CEO of Grace Christian Preparatory School. “Education plays a big part in what a kid decides to do.”

The school serves 100 students in prekindergarten through 12th grade, most of whom receive state scholarships managed by Step Up For Students, which hosts this blog.

“Everybody doesn’t learn the same way, and some kids, though they may not be as fast as others, doesn’t make them illiterate or incompetent,” Coats said, adding that homeschooling might be a better option for younger children who have special needs.

“No parent should ever be denied that right,” he said. “The Bible says to train up a child in the way he should go.”

Though homeschooling rates among Black families climbed faster than any other group during the pandemic, homeschool education is not a recent trend in Black communities. The Black homeschooling population doubled between 2007 and 2016, though it had less representation than the Black K-12 age population overall.

Reasons Black families cite for exiting district schools in favor of home education differ from those offered by most white families, whose decisions were more likely to stem from religious or moral disagreements. According to a 2015 article in The Atlantic, Black families were more likely to choose homeschooling due to dissatisfaction with low expectations and unequal treatment of Black children, especially boys.

A 2012 study of Black homeschool families showed they chose to leave traditional classrooms because of institutional racism. The researchers referred to homeschooling as “racial protectionism.”

Despite claims from some academics who say that homeschooling is mainly for those higher up on the income ladder, a study by Cheryl Fields-Smith, an associate professor in elementary education at the University of Georgia, details how single Black moms are successfully executing it as a form of resistance to racism.

Meanwhile, the rise in homeschooling among Black families has caused some district school officials to express concerns about lost income due to declining enrollments. Khadijah Z. Ali-Coleman of Black Family Homeschool Educators and Scholars prefers to keep the focus on students rather than institutions.

In addition to warning against over-emphasizing the limitations of low-income families, noting that not all homeschool families are necessarily financially privileged, Ali-Coleman is a firm believer that more money won’t shield a child from unequal discipline or a biased curriculum, two factors likely to continue Black families to seek alternatives to traditional education models.