The advisory firm Tyton Partners has released the second installment of its “school disrupted” study, which takes a deeper look at the drivers and barriers parents experienced when making educational decisions for their children in the face of COVID-19 challenges, as well as how their experiences will continue to shape the way they approach their children’s education after the pandemic subsides.

Part 2 of the study includes estimated enrollment by school sector for this fall. Among families who have made decisions for their children, approximately 72% chose a district school, with 28% choosing something different. If the 5.9 million families who are still undecided break in similar fashion, district enrollment could dip to levels not experienced in this millennium. 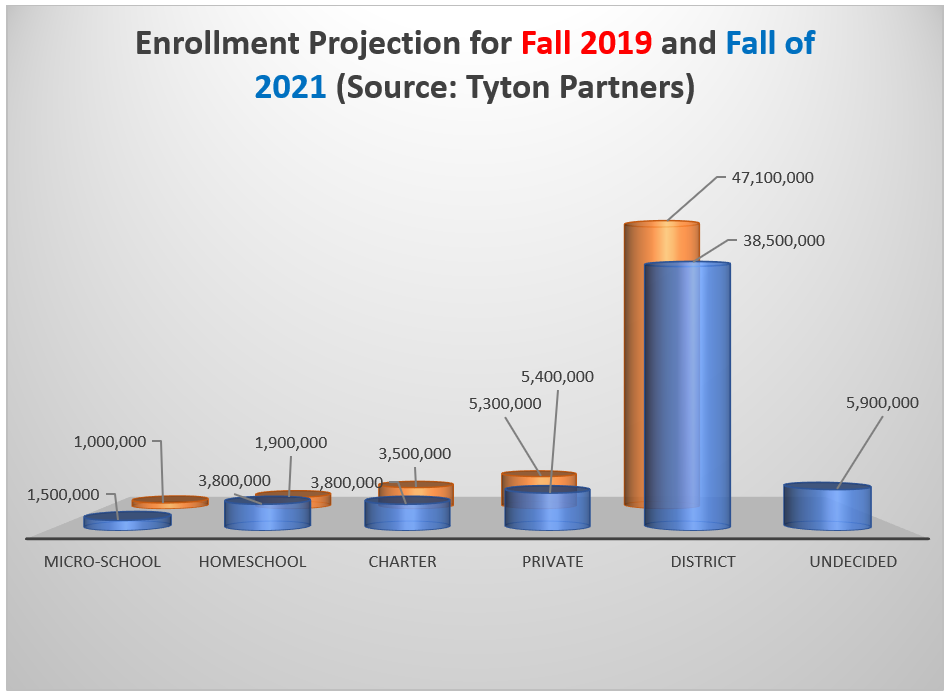 The survey also measured parental satisfaction by school sector from the previous school year. Satisfaction with supplemental pods, in which students remain enrolled in the distance learning program of a school but gather in groups with adult guidance, posted at 78%, tied with private school satisfaction. Parents whose students participated in pods full time followed with 72% satisfaction. Satisfaction with charter and traditional public schools was least favorable, at 61% and 60%, respectively. 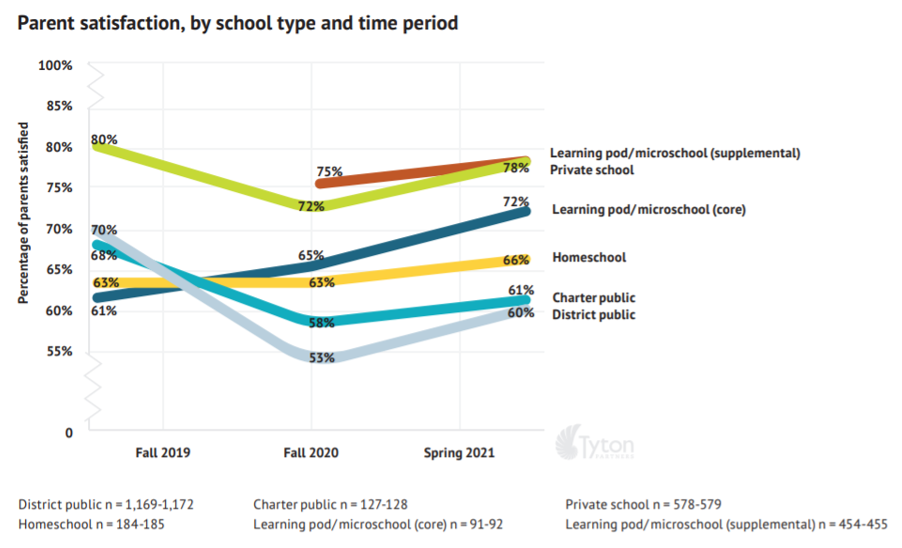 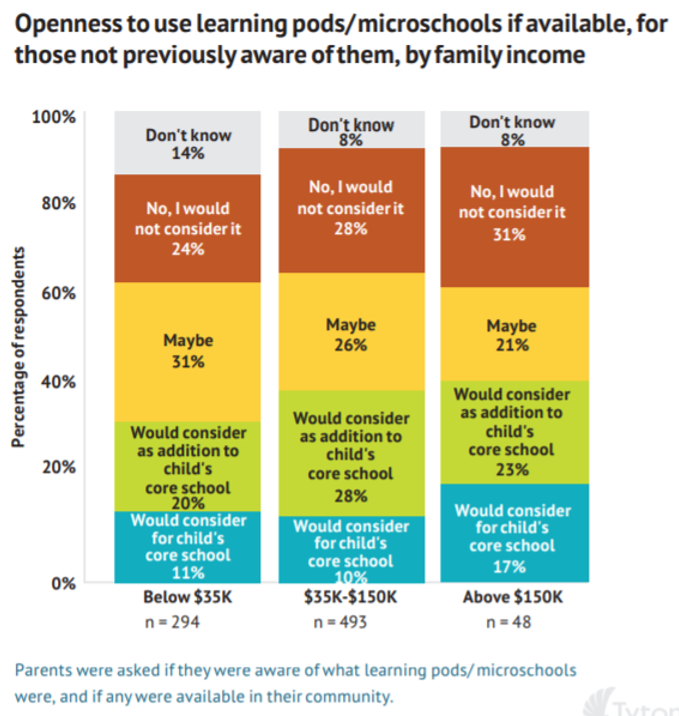 The study is well worth reading in full. The results show robust growth in alternative schooling and home-schooling during the pandemic among those who have participated as well as from those who did not. It also shows a great deal of dissatisfaction with traditional schooling.

Put all this together with a baby-bust that began in the Great Recession period and I’m willing to go all in on the following bet: Peak district school attendance lies at some point in the past for anyone old enough to read this post.

Ironically, it was the very groups that accused their opponents of attempting to “destroy public education” that have inflicted this exodus upon the system they claim to support.