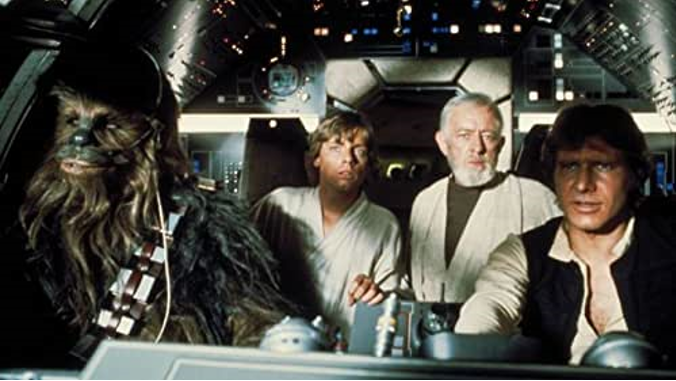 John Stuart Mill warned us of the dangers of a state-provided education:

Were the duty of enforcing universal education once admitted, there would be an end to the difficulties about what the State should teach, and how it should teach, which now convert the subject into a mere battle-field for sects and parties, causing the time and labour which should have been spent in educating, to be wasted in quarrelling about education.

We would have done well to heed Mill’s advice, but we chose not to listen. He continued:

All that has been said of the importance of individuality of character, and diversity in opinions and modes of conduct, involves, as of the same unspeakable importance, diversity of education. A general State education is a mere contrivance for moulding people to be exactly like one another: and as the mould in which it casts them is that which pleases the predominant power in the government, whether this be a monarch, a priesthood, an aristocracy, or the majority of the existing generation, in proportion as it is efficient and successful, it establishes a despotism over the mind, leading by natural tendency to one over the body.

Back in the late 19th and early 20th centuries, illiberal Protestants and nativists groups like the Know Nothings and the Ku Klux Klan decided they were going to use the public-school system to “mould” Catholic immigrants into “real Americans.” No thank you.

Alas, we have not escaped this urge in the modern day. Various societal factions want to use the education system to promote their social agenda.

This gets to be a problem when these factions attempt to force social agendas on unwilling people, and it appears to be the root of the current controversy over “critical race theory.” Antagonists on both sides of the controversy accuse each other of seeking to impose their preferences.

Angry parent groups have begun appearing at school board meetings. Of course, it’s their right to do so, but there are a few things about American school board democracy worth noting. First, it’s rigged. School board election turnout rates are low, often in the single digits, and the public has very limited information on candidates. As a result, the individual’s ability to shape school board elections is limited.

Unions, on the other hand, have an intense interest in school board elections. When they elect a majority, they get to effectively negotiate a contract with themselves; they make it next to impossible to fire teachers; and they’re able to get as many teachers hired as possible. School district democracy is deeply slanted in favor of union interests. While citizens have lives to live and limited bandwidth for obscure local races, those races are the lifeblood of unions. Economists describe this phenomenon as regulatory capture.

People have polarized and different beliefs about various topics. Drawing arbitrary lines and giving everyone a hard nudge into the same schools based on their ZIP code is a recipe for never-ending conflict, as Mill noted. Outsiders’ efforts to take and hold school boards have failed repeatedly, especially the “hold” part, which has to my knowledge failed every.single.time.

Sometimes, an outsider board majority gains office only to find long-term union association contracts in place which they cannot change. The outsider board only gained a (temporary) majority because the incumbent interests allowed them to do so before ousting them in a subsequent election.

And sometimes, an outsider board majority has no idea what to do with its majority. Sometimes, they get co-opted before they’re deposed.

State legislature efforts to ban critical race theory also are problematic. First, these efforts can ignore the diversity of preferences in the public. Second, enforcement mechanisms vary between nonexistent to very weak.

School boards work for the people who put them there, and teachers have elaborate job security guarantees. Thousands of teachers already have signed petitions saying they would ignore state critical race theory bans. You should believe them – they are perfectly capable of doing so.

I don’t mean to sound unsympathetic to parents. A kindergartner tried to persuade me to not to drive my car to save the lives of polar bears. His school thought it would be a wonderful idea to worry him needlessly with grossly simplified propaganda on a topic he could do nothing about. I found this developmentally inappropriate, and as a parent, was less than charmed by the experience.

But rather than embarking on what would have been a doomed expedition to seize the school board, I found a school more focused on education than social agendas. I may not have been the only parent who felt this way, as enrollment at the school declined by 15% prior to the pandemic.

Arizona schools still have what John Stuart Mill described as brainwashing urges, but they must choose between sloppily imposing those urges on people and having their school anywhere near the design capacity of their buildings. If you hang around for it, it is by choice, which is not a problem.

I’m open to recreating federal civil rights protections into state law. It may be possible to increase curricular transparency to better inform parents about what they are getting into without it becoming a bureaucratic nightmare, but color me skeptical. We have demonstrated quite the penchant for well-intentioned counterproductive bureaucratic nightmares over the last 20 years.

Parent reviews on external websites like Niche and GreatSchools are a more promising and less intrusive path to transparency in my opinion. At the end of the day, in a country that fundamentally disagrees on important topics, we need to allow people to choose among schools. To do otherwise is to invite cultural “forever” war.

School district democracy is rigged. You can’t win, but there are alternatives to fighting it.