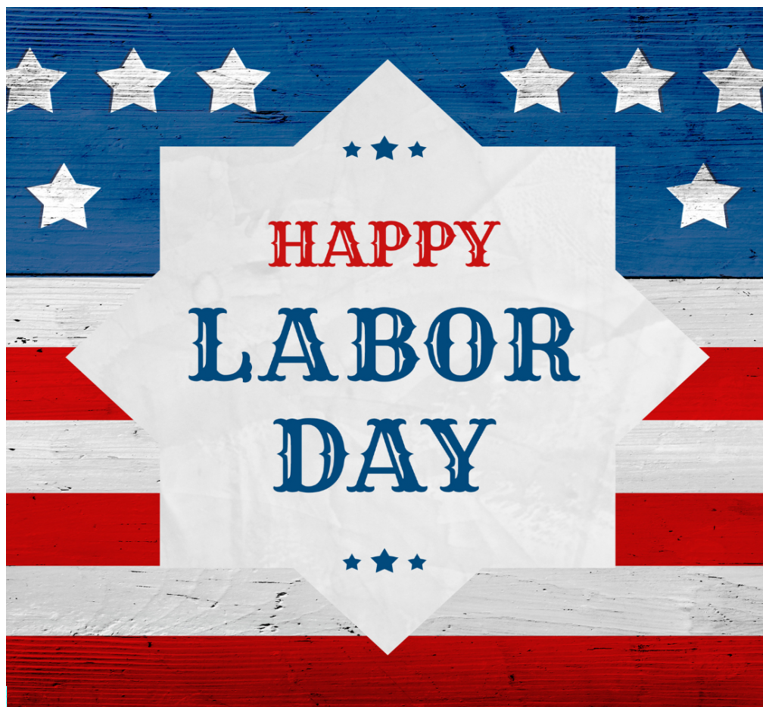 It’s only a matter of time before anyone following the parental empowerment in education choice debate will come across the wild-eyed assertion that choice supporters are engaged in a conspiracy against education unions.

That assertion doesn’t hold much water.

First off, a great many European countries have both parental choice and education unions. So, too, does every American state with choice policies. The First Amendment of the U.S. Constitution guarantees the free assembly rights of all Americans, including district employees wishing to form associations. Choice supporters have no ability, nor desire, to abrogate those rights. K-12 choice supporters find themselves at odds with education unions only because of the policies their members support.

Stanford University’s John E. Chubb and Terry M. Moe provided a public choice explanation for the preferences of education unions in their book Politics, Markets and America’s Schools in 1990. Today this book is too little studied, and multiple generations of education reformers have entered the fray of education politics without benefiting from its insights. For instance, back in 1990, Chubb and Moe successfully predicted the eventual failure of K-12 reform efforts:

During the 1980s, widespread dissatisfaction with America’s schools gave rise to a powerful movement for educational change, and the nation’s political institutions responded with aggressive reforms. Chubb and Moe argue that these reforms are destined to fail because they do not get to the root of the problem. The fundamental causes of poor academic performance, they claim, are not to be found in the schools, but rather in the institutions of direct democratic control by which the schools have traditionally been governed.

Reformers fail to solve the problem-when the institutions ARE the problem. The authors recommend a new system of public education, built around parent-student choice and school competition, that would promote school autonomy—thus providing a firm foundation for genuine school improvement and superior student achievement.

A major thrust of K-12 reform proceeded in the 1990s in a fashion increasingly forgetful of the central lesson of Chubb and Moe. At the heart of the problem lies a school board election system that is highly susceptible to regulatory capture: low-turnout elections featuring even lower public awareness of meaningful differences, if any, between candidates.

Once district employees successfully unionized in the 1960s, it was not overly difficult to capture board majorities with candidates sympathetic to their point of view. Having completed that process, education unions often effectively negotiated contracts with their own hand-picked boards. Over time, this led to education unions becoming an increasingly powerful force at the level of state and national politics.

What did the unions do with their growing power? Rather than prioritizing teacher pay, they increased district staffing, especially non-teaching staff, as much as possible, as this chart shows.

Now for the question of how well their policy interests serve the public interest; that is where the problem begins. The late Andrew Coulson created a handy graphic to compare trends in spending (blue line), staffing (brown line), and academic achievement (every other line): 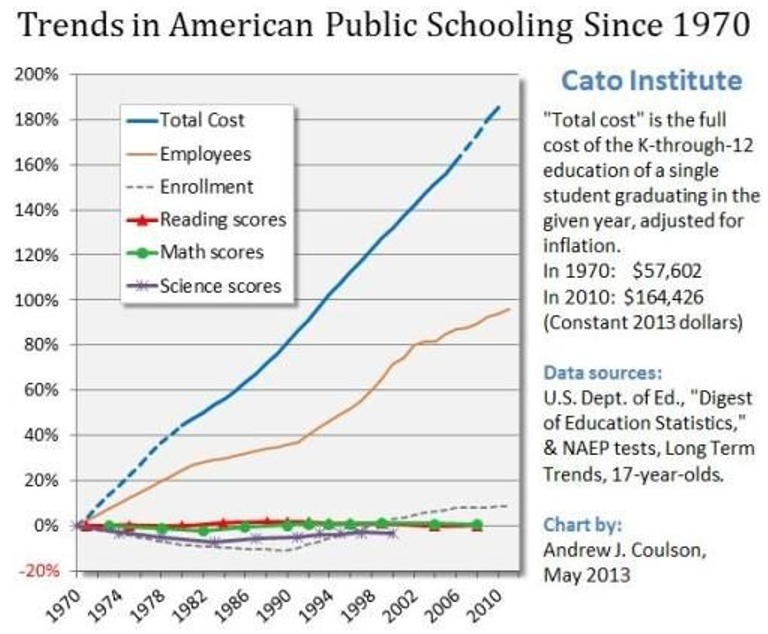 Education unions pursue their own interests, and they have done a fine job of it. They’ve increased spending and staffing. When the topic of mass illiteracy and innumeracy get raised, they claim schools require more funding and avoid responsibility for results.

As Chubb and Moe eerily predicted, efforts to manage better results without altering the fundamental incentives driving the system have met with frustration and failure. The most powerful players within the system do not share the public’s notion of the purpose of the public education system. To those running the unions, it is performing exactly as they would have it perform.

None of this has never been more obvious than during the COVID-19 pandemic. Accordingly, millions of American parents, through their actions, have decided to view the public education system as a sunk cost. Who can blame them? But they deserve much better, and that is origin of the quarrel between education unions and choice supporters.

Only two years after Chubb and Moe’s book appeared, reimaginED’s own Jack Coons offered a differing perspective. The Coons perspective used the interests of justice and humane policy as the foundation for support for choice, rather than public choice theory:

Choice, indeed, is the specific therapy for every historic pathology of the schools. It is also the key to redirecting the schools toward positive but neglected social missions. The real case for choice begins with the significance it places upon free expression and the effects of that emphasis. Raising our children to represent our own values is the most important form of speech most of us will ever experience.

Both perspectives contain powerful insights and ultimately are not at odds with each other. American education unions have set their face against both efficiency and justice. We have cause to care deeply about both of these things.