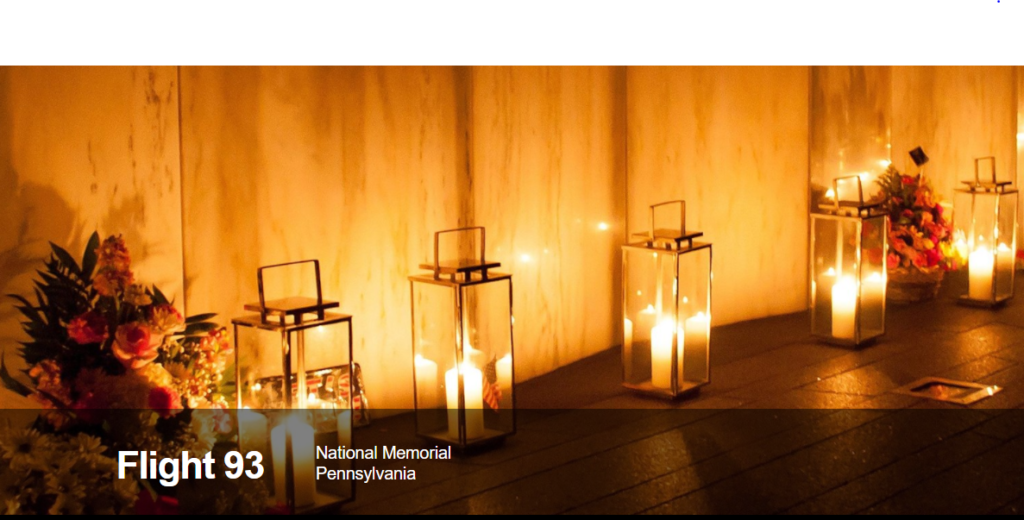 Twenty years ago, terrorists chose a random group of Americans, on a routine flight, to be collateral damage in a spectacular act of terror. The 33 passengers and seven crew members of Flight 93 could have been any group of citizens selected by fate.

In that sense, they stood in for us all.

The terrorists soon discovered that a random group of Americans is an exceptional group of people. Facing an impossible circumstance, these Americans comforted their loved ones by phone, braced each other for action, and defeated the designs of evil.

These Americans were brave, strong, and united in ways that shocked the terrorists – but should not surprise any of us. This is the nation we know. And whenever we need hope and inspiration, we can look to the skies and remember.

Four of the passengers were Al Qaeda terrorists who overpowered the flight crew with knives and announced that they had a bomb. The passengers used cell phones to learn three other flights had been commandeered as weapons of terror against the World Trade Center and the Pentagon.

The passengers aboard Flight 93 spontaneously organized themselves to retake the cockpit from the terrorists. During the struggle, the plane crashed into a field in Pennsylvania rather than into the intended target, which the subsequent 9/11 Commission determined to have been either the White House or the United States Capitol.

Military officials claimed that Air Force jets would have downed the plane before it reached the intended target. The 9/11 Commission, however, concluded otherwise, noting that said officials were unaware of the hijacking until after the crash.

Authorities suggested that U.S. air defenses had reacted quickly, that jets had been scrambled in response to the last two hijackings, and that fighters were prepared to shoot down United Airlines Flight 93 if it threatened Washington. In fact, the commission reported a year later, audiotapes from NORAD’s Northeast headquarters and other evidence showed clearly that the military never had any of the hijacked airliners in its sights, and at one point chased a phantom aircraft – American Airlines Flight 11 – long after it had crashed into the World Trade Center, according to the Washington Post.

The U.S. Air Force has enough fire power to destroy the planet, but on that dark day, it managed to scramble two F-16 fighters without any ammunition and devised a plan to find and ram United Flight 93 to the ground. Fortunately, passenger Todd Beamer, a former college athlete, Sunday school teacher and account manager, had taken matters into his own hands along with his fellow passengers.

There are multiple lessons to draw from Flight 93 about the importance of self-reliance and the grave danger of over-reaction. If the September 11 attacks did not reveal to you the dangers of the phrase, “We have to do something!!!!,” perhaps our all-too-often shambolic response to the COVID-19 pandemic made it plain.

Mark Woods, in writing for the Florida Times Union about Lori Guadagno, whose brother Richard was on board Flight 93, brought to light perhaps the most important point of all: Some of those who assaulted the Capitol on Jan. 6, 2021, ran right past the memorial to the crew and passengers of United Flight 93. As President Bush noted in his speech this past weekend:

And we have seen growing evidence that the dangers to our country can come not only    across borders, but from violence that gathers within. There is little cultural overlap  between violent extremists abroad and violent extremists at home. But in their disdain for pluralism, in their disregard for human life, in their determination to defile national symbols, they are children of the same foul spirit. And it is our continuing duty to    confront them.

Our crazed, polarized foreign enemies will have the last laugh if we allow our own absurd levels of polarization to finish the work they started. Avoiding needless conflict over K-12 education would be helpful in this regard.