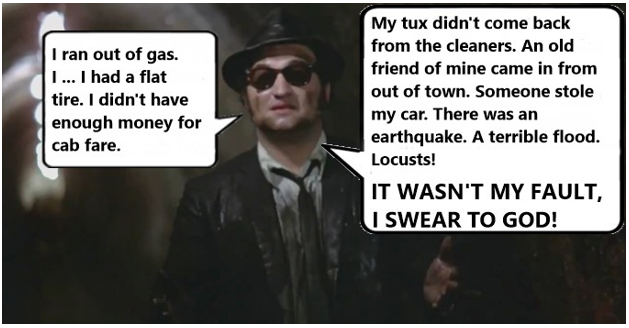 District boundaries are not racially neutral, nor are the decisions made by districts on whether to participate in open enrollment. American housing patterns are quite segregated by income and race, so ZIP code assignment to schools will naturally reflect those patterns.

An important way to improve education outcomes and potentially school integration is to allow students to attend public schools without regard to their ZIP codes.

The Fordham Institute has created a school district map of Ohio, coloring districts according to whether they participate in open enrollment. 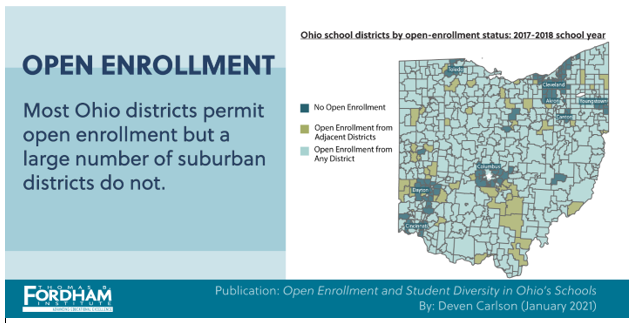 All of Ohio’s large urban districts find themselves either entirely surrounded by suburban districts that choose not to participate in open enrollment, or nearly so. Notice as well that some of the exurban districts choosing to allow only adjacent district students to enroll sometimes look more than a bit calculated to keep out the urban kids.

Suburban open enrollment policies have profound implications for the segregation of schools. Cleveland, for instance, is surrounded by districts not choosing to participate in open enrollment. The Urban Institute created a tool reveal the race of the under 17 population across metro areas.

Here is the map for the Cleveland region, which shows Black students in yellow and white students in blue. Rarely the twain shall meet. 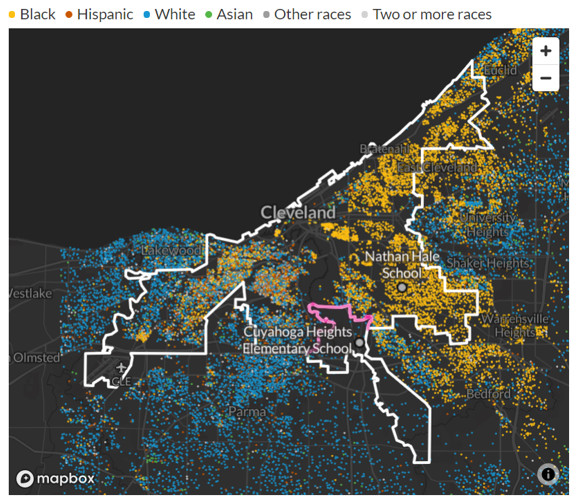 Ohio suburban districts have offered up the claim that rapid population growth precludes them from participating in open enrollment. While this is doubtlessly true in some cases, those districts really should avoid making broad claims that can so easily be refuted.

A spokesperson for the Alliance for High Quality Education, a group composed primarily of suburban Ohio school districts, was interviewed on Columbus National Public Radio and speculated (implausibly) that suburban Cleveland districts did not participate in open enrollment because they were “land-locked.”

If you feel like wincing, knowing that the interview was recorded in 2021, you can listen here. The Fordham Institute’s Chad Aldis relates that Black students gain the most from open enrollment but find themselves largely locked out. The Alliance spokesperson then make a series of lame arguments, noting among other things that 80% of districts participate. What you need to know is that “participate” does not always mean “take kids from urban areas,” and the urban areas are surrounded by non-participants).

Additionally, the Alliance spokesperson claims that districts will have trouble estimating capacity to take open enrollment, yet plenty of districts in other states mastered it long ago, along with 80% of Ohio districts currently.

All of this reminds me of Jake Blues explaining why he left his former fiancé at the altar.

Luckily, the Ohio Legislature opened up private and charter choice last session, and hopefully it will encourage Ohio suburban districts to participate. So, let’s not pick exclusively on Ohio, as this is a widespread problem.

If you squint at the Urban Institute-colored Cleveland map long enough, you can see some blue dots within Cleveland-integration! But not so fast my friend; within district boundaries, you can segregate just as much as those between districts.

Consider this map included in a recent Education Next story. 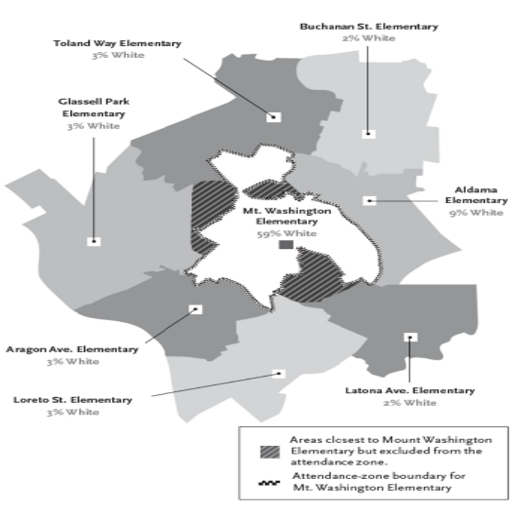 Those are some very carefully drawn school attendance boundary lines.

Oregon nativists made it illegal for parents to send their children to private schools in the early 1920s, but the U.S. Supreme Court struck the measure down as unconstitutional, saying, “The child is not the mere creature of the state; those who nurture him and direct his destiny have the right, coupled with the high duty, to recognize and prepare him for additional obligations.”

Children are not the mere creatures of school districts either, and they should have as many options as possible in schooling.