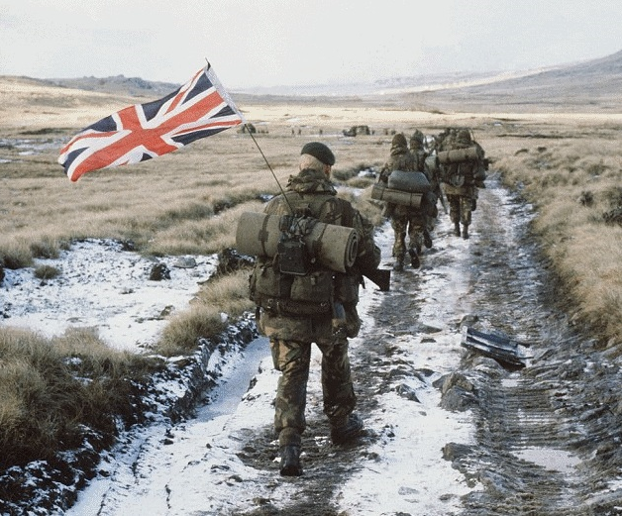 During the Falklands War of 1982, the British managed to land troops. The Argentine air force, however, sank the cargo ship with the helicopters the British planned to use to transport themselves to the capitol city of Port Stanley.

As a consequence, the British “yomped” 90 kilometers – just over 55 miles – by foot over three days, carrying their gear with them. They won the war without their helicopters.

American families: By the time you read this post, there will be a large new wave of school closures across the country, despite the expenditure of untold billions of federal dollars, despite policies putting school staff many moons ago at the front of the line for vaccinations, despite the less severe nature of the current variant.

Once again, the education unions are pushing for closures, making it even more difficult for anyone to ignore the elephant in the K-12 room: If you are the parent of a school- age child, you need to develop self-reliance.

Both visibility and turnout in school board elections is very low, creating a ripe environment for what economists describe as “regulatory capture.” Elected officials are most responsive to the folks who get them elected, and alas, that isn’t you.

If you’re skeptical about this, quiz yourself on the number of seats on your local school board and try naming any of the members. If you can come up with correct answers to either of these questions, give yourself a gold star, because neither I nor 99% of our fellow Americans can do so.

Regulatory capture in school boards by unionized employee interests and major contractors isn’t normally so obvious, but 2021 was anything but normal. Apparently, abnormal will be sailing well past any fine lines and continuing into 2022.

Out of necessity, American families have developed a spirit of self-reliance in education. Micro-schools have flourished. Home-schooling soared to record levels. Lawmakers, responding to constituent demand, passed a record number of choice bills in 2021.

Perhaps they will do better still in 2022.

The British soldiers on the Falklands tundra knew that Britain was 8,000 miles away and that they wouldn’t be getting a new set of helicopters. Just in case anyone missed it in 2021, events are reminding American families again that the ultimate responsibility to educate their children lies with them.

Districts stuffed with extra federal billions but struggling to hire bus drivers and a scarcity of special education aides and substitute teachers making it challenging for schools to remain open can be likened by a large and growing number of American families to a cargo ship sitting on the floor of the Atlantic.