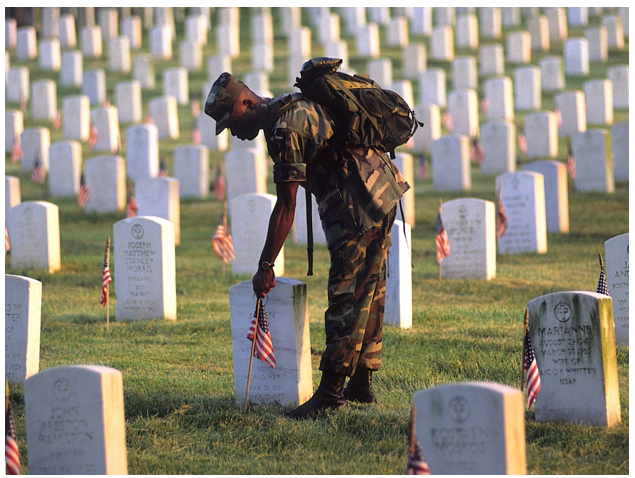 Memorial Day is a time for remembering those who died in service to the United States. As inheritors of the freest and greatest society in human history, we have an obligation to honor those who made the ultimate sacrifice and a duty to pass the torch of freedom to the next generation.

The United States of America is a nation uniquely blessed by geography. The center of the country features the world’s largest navigable river system and the largest area of arable land. The United States enjoys a splendid isolation from possible invaders, multiple world-class harbors on both the world’s largest and second largest oceans, and an abundance of natural resources.

All these natural advantages were amplified when the industrial revolution took root in our relatively liberal society. American industry kept the British and the Soviets in the fight against the Nazis and then crushed fascism in Germany, Italy and Japan. After dispatching global fascism, the United States fought a global cold war to contain and then defeat the other oppressive totalitarian ideology of the 20th century of Soviet communism.

Along the way to defeating communism the United States, we gave European colonialism a hard nudge into the dustbin of history. European nations never knew whether they would be at war with each other from year to year, and when they were, the dreaded “supply-chain issues” would occur.

Empires were the solution: closed trading systems that minimized war risk. An overseas empire, however, required a navy (otherwise your shipping would be victimized by piracy). At the end of World War II, European and Asian navies were either sunk, non-existent or else unaffordable.

The United States broke the logic of empire by guaranteeing the free exchange of shipping for everyone. Some Europeans were slow to grasp how the world had changed, but President Eisenhower used America’s soft power to instruct them during the Suez crisis.

Japan, for example, carried out decades of war to build an empire to secure resources. As a part of the post-war order, Japan was able to obtain all the resources it needed through voluntary exchange, did not need to bear the fiscal or spiritual costs of empire, and became delightfully wealthy as time proceeded.

Japan was not alone. This chart shows the trend in global poverty after 1945: 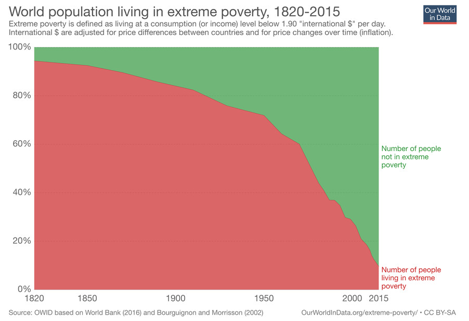 American history also features inglorious and evil chapters. So, too, does every other national history. Humans started writing things down about 5,000 years ago, and best I can tell, we’ve been busy killing and conquering each other ever since.

Here, for instance, is an image depicting the first Pharaoh’s method of uniting upper and lower Egypt: 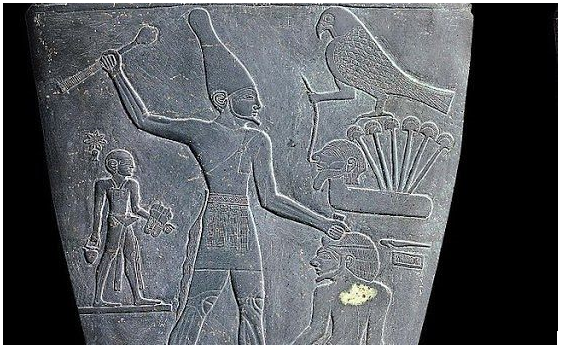 Things probably didn’t end well for the poor soul at the business end of that mace. In any case, if you read enough history, you get a non-stop tale of war and conquest. What you don’t see is anything like the chart above until the advent of Pax Americana.

We are the beneficiaries of many who sacrificed their lives in service to the United States, and it is little wonder that people all over the world are eager to leave their homelands to become Americans. We should be grateful. Being Americans living today, we have won the space-time lottery.