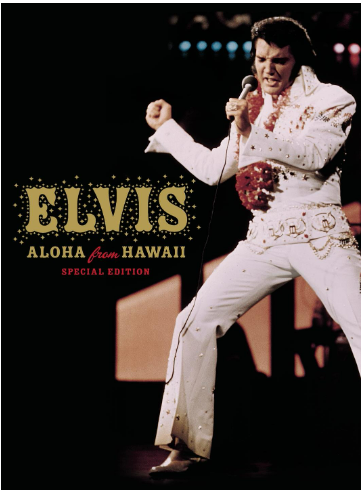 I recently published a white paper on K-12 funding equity in Arizona. The news was not great.

Back in 1980, Arizona lawmakers were concerned about a Serrano vs. Priest-style lawsuit from California (won by education choice icons Jack Coons and Stephen Sugarman, by the way!). The lawmakers went and did what the plain language of the Arizona Constitution requires, equalizing public school funding.

It didn’t stick, so today, 61 of Arizona’s 207 school districts spend twice as much or more per-pupil education as the lowest-funded district. Charters receive less on average than district students per pupil, and students are not funded equitably across schools in the same district. 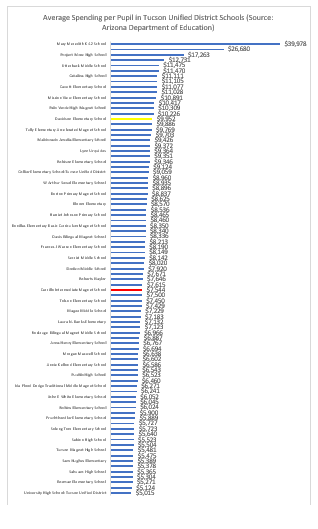 Hawaii funds schools in such a way that would make these sorts of inequities impossible. Lawmakers implemented weighted student funding during the 2006-07 school year. Between 2007 and 2019, Hawaii doubled or tripled the national average for progress on the four main NAEP examinations (fourth and eighth grade Reading and Mathematics).

While it is impossible to prove that weighted student funding was the sole, or even primary, cause of this level of improvement, a general trend toward decentralization seems to have served the state well. As shown below, Hawaii’s improvement on NAEP approximately equals that of Arizona during the 2007-2019 period. 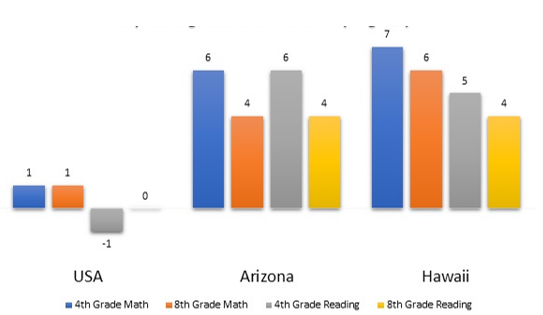 Hawaii’s academic gains could be of particular interest to Arizonans, because if they were induced by policy change, it is a possible source of improvement that Arizona has yet to adopt.

The state of Hawaii operates as a single school district, and also has a relatively modest charter school sector. While Hawaii ranked last in a 2020 study among states for K-12 parental choice, Arizona ranked first. State rankings in this study had a positive impact on academic gains. States with greater options for parents had statistically significant gains relative to states without it, all else being equal after controlling for other factors.

In Hawaii, however, it seems that all else was not equal. Hawaii has achieved respectable academic gains in a fashion different from Arizona. Yet Hawaii’s reform strategy is not mutually exclusive from Arizona’s. In other words, Hawaii could open more charter schools and pass private choice programs and Arizona could adopt weighted student funding.

Florida, by the way, also has a law on the books called the Equity in School Level Funding Act that prevents the sort of funding inequities seen in Tucson Unified. The law requires districts to allocate 90% of their funds to campuses as a whole, the “central office” thus employing up to 10% of funds, but no more. It also requires that no individual school receive less than 80% of their formulaic share.

Additionally, it Includes local rather than solely state funding, a crucial element in many districts heavily funded by local property taxes, such as those in Florida and Arizona. Such a provision in Arizona statute would make it illegal for the district cited above to fund a school at a $5,015 per student level, setting a floor for a minimum level of funding per campus.

The act also allows school principals to carry over funds year to year at the campus level without having them revert back to the district. This provision encourages school leaders to consider opportunity costs and avoids a “use it or lose it” perverse incentive, which creates a powerful incentive for administrators to spend money on almost anything rather than lose it entirely. But with carry overs, school administrators have the incentive to engage in longer-term planning.

A quick perusal of funding per pupil between campuses in Florida reveals that this act either has some sort of loophole or it is being routinely ignored. Perhaps Florida should say “Aloha” to funding equity as well.