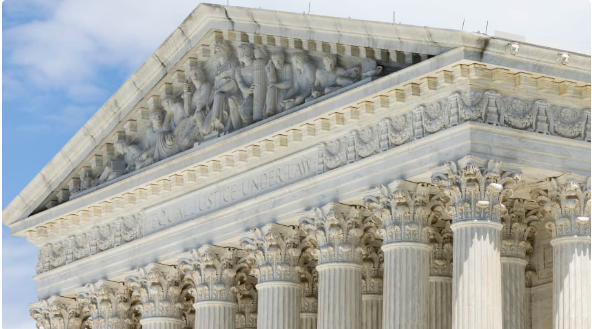 Those defending discrimination in education received a well-deserved comeuppance last month—from two quarters. The first, a lesson in constitutional law, matches nicely with the second, the creation of expansive opportunities for parents to choose how and where their children learn.

This combination will define K-12 education for the next century.

The U.S. Supreme Court ruling in Carson v. Makin was the first blow to prejudice, this time against religious discrimination. The Court ruled in favor of Maine parents who have no assigned public school in their local areas and so chose religious schools for their children—presenting a challenge for special interest groups who oppose school choice.

Chief Justice Roberts wrote, “Maine’s decision to continue excluding religious schools from its tuition-assistance program … promotes stricter separation of church and state than the Federal Constitution requires.” Again, these Maine students did not have assigned traditional schools to attend nearby. So if parents freely choose a certain private religious school, this does not violate the Constitution.

A teacher union’s response to the decision falls flat: “The power and purpose of public schooling is to educate every child, regardless of geography or demography,” wrote the American Federation of Teachers’ president Randi Weingarten.

But this “power and purpose” clearly did not extend to some rural areas of Maine—the very restrictions Weingarten says public schools are designed to overcome. In Carson, it is private schools that overcame the challenges posed by geography and demography.

Weingarten says the decision “discriminates” against “our most vulnerable students,” hoping we will forget that the children in this case had no assigned public school, making them vulnerable to not receiving an education at all—thus being discriminated against for their geography—had religious schools not been an option.

The second strike against education discrimination came in Arizona.

At the very end of the legislative session, state officials expanded the nation’s oldest education savings accounts to include all students in the state. Arizona’s accounts opened in 2011 and served 75 children with special needs. Over the last decade, lawmakers expanded the accounts to include children from different walks of life, including students on tribal lands, adopted children, children in military families, and children assigned to failing public schools, among other student categories.

In this way, the accounts allowed private education providers, including religious schools, to help those Arizona students that traditional schools could not reach due to geography, demography, or another area of discrimination that the “power and purpose” of assigned schools failed to reach: The soft bigotry of low expectations from persistently low-performing public schools.

The accounts inspired lawmakers in nine other states to adopt similar account options serving thousands of children, including more than 17,000 children in Florida.

In recent years, state lawmakers have been creating learning options that break down barriers between children and families from different backgrounds, income levels, and religions. Florida officials combined the state’s accounts and a scholarship program, securing it in the state funding formula.

West Virginia lawmakers will allow nearly every child in the state to apply to access education savings accounts in the fall. Policymakers in Missouri and Kentucky combined tax credit scholarships with education savings accounts, a unique combination of charitable contributions to scholarship organizations that will allow students to customize an education according to his or her needs.

These learning options have appropriately set high expectations for the future. Small steps may not be noticed, nor impactful. Policymakers in Georgia, Oklahoma, South Carolina, and Texas have come close in recent years and supportive lawmakers should receive applause for their intent. But “coming close” only merited mention when nearly all other states could only reach that far.

Now state lawmakers have gone beyond close, beyond pilot programs with temporary funding. Mindful of parent and taxpayers’ new expectations for state lawmakers, Texas Gov. Greg Abbot said recently, “We can fully fund public schools while also giving parents a choice about which school is right for their child.”

He added, “Empowering parents means giving them the choice to send their children to any public school, charter school or private school with state funding following the student.”

Education savings accounts are the norm. Unions are left defending assigned schools’ limited—discriminatory, even—reach. The future will not be defined by “coming close” to creating quality learning options for all children any more.