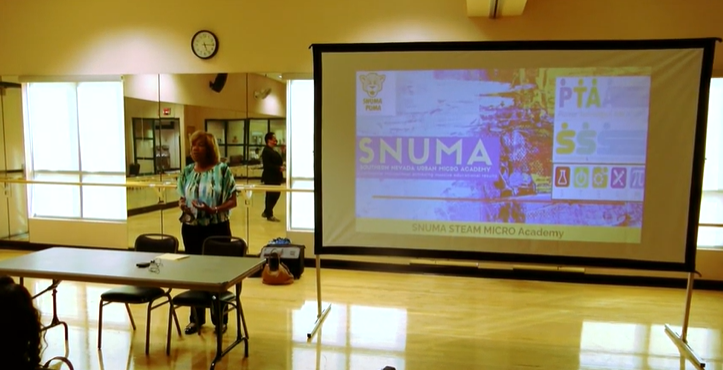 Editor’s note: Don Soifer, author of this commentary, is president of Nevada Action for School Options, whose MicroschoolingNV initiative actively engages in movement building for microschooling in different states.

A new study from researchers at the venerable RAND Corporation takes the important step of evaluating the academic growth achieved by children at a prominent microschool, the Southern Nevada Urban Micro Academy (SNUMA). The academy was created by the City of North Las Vegas to serve families during the Clark County School District’s pandemic shutdown.

The report, which studied the microschool’s academic growth results during its first school year, 2020-21, found that most SNUMA students made substantial progress based on online platform metrics.

Like many teams behind the thousands of microschools that have been created to serve learners around the country, the North Las Vegas team chose to measure the reading and math gains of the children it served using learning tools with embedded assessments, aligned with academic content standards.

Leaders found this preferable, rather than distracting from learning to participate in more involved standardized assessments, like those used in public school districts. These methods often divert precious time, resources and staffing from other valuable activities, they had concluded.

The researchers wrote that they found SNUMA’s Year 1 evaluation “intriguing because leaders set ambitious goals for students whose learning was assessed as being below grade level.” By relying on interpreting the tools embedded in the digital tools being used by the microschool, the RAND team found that “most students made substantial progress and were assessed as performing at grade level” by the end of that first year.

The first of its kind microschool was the result of an active partnership between the city, which for Year 1 hosted SNUMA in its recreation centers and one library and paid for it out of city funds completely outside of state education dollars, and education nonprofit Nevada Action for School Options, which directed all teaching and learning.

Participation was free for residents who opted out of their public school district to register as homeschoolers and adhere to state requirements as such and included breakfast and lunch.

The microschool and its team of learning guides used an innovative approach to teaching and learning with which its leaders had worked in some of the nation’s highest-performing personalized learning classrooms. Digital tools like Lexia (literacy) and Dreambox and Zearn (math) were used to support personalized learning part of the day, while whole-group, small-group and one-on-one sessions balanced the day to embrace the best of an-person learning experience for children.

Given the rampant equity struggles exhibited by public school systems everywhere during 2020-21, exacerbating pandemic impacts facing the most fragile populations, microschool leaders able to produce such equitable progress should be heartened by encouraging results like these.

Other important aspects of a rich overall learning experience, such as the value of prioritizing social and emotional learning progress, were raised by the researchers, and with good reason. Their analysis fell short of being able to compare the progress by children at the microschool compared with others enrolled in traditional schools.

Even though the learning platforms were aligned to state academic content standards, they observed, many academic researchers prefer to make statistical comparisons based on children taking the same standardized assessments.

These frustrations parallel quite similar circumstances to those in 2015 when RAND researchers, trying to apply their research model to evaluating blended learning models at a handful of sites around the nation, wound up frustrated by real-classroom obstacles like constantly iterating methods and curricula, and the absence of scientific control groups.

After all, what conscientious and innovative educators would choose to deliberately hold back access to progress for any extended time periods when they could instead continually adapt and evolve learning as useful?

Microschooling’s early adopters in 2022 won’t stand still, even for established researchers wanting to study impacts over time, like blended learning in 2015. Understanding that the powerful potential of the microschooling sector is steeped in these smaller, nontraditional learning environments’ ability to create their programs around the particular needs of learners served, and to evolve as do the needs they are addressing.

Thus, the dynamism that helps define the fast-growing microschool sector may pose its own challenges to pure quantitative analysis of their academic performance in comparison with more traditional learning models. Meanwhile, the recognition by researchers that by relying on assessment tools embedded in many digital learning platforms, microschools can track the progress of the learners they serve in different useful ways, will likely prove important to framing future discussions by families, educators, and policymakers alike, about the benefits of such nontraditional learning models.