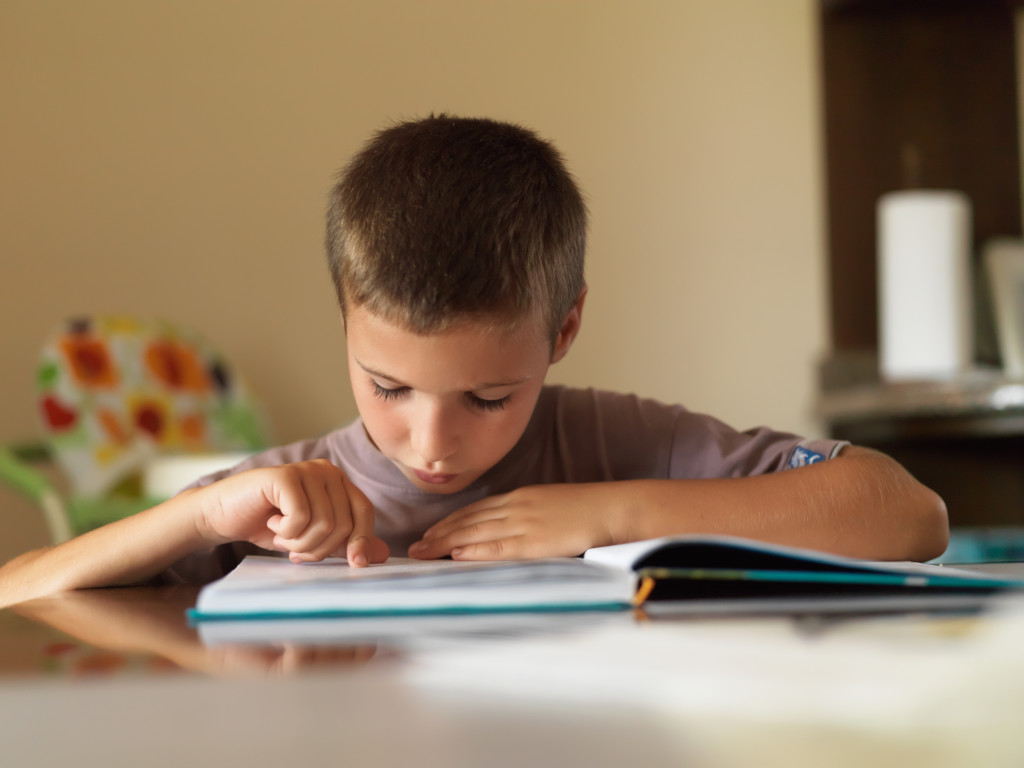 The Thomas B. Fordham Institute’s Dale Chu provided an excellent summary of the reading controversies in the pages of the National Review in an article titled “Casualties of the Reading Wars.”

Chu walks readers through the research on reading methodology and outlines what might be described as a “poor reading industrial complex,” including but not limited to colleges of education, textbook publishers and many educators.

He opines, and I have never seen anything that would incline me to disagree, that proponents of “Whole Language” and the duplicitous rebrand of “Balanced Literacy” have proved themselves entirely unconcerned with research or evidence.

Citing progress on reading in Florida, and more recently Mississippi, Chu hopefully suggests: “But in the last few years, the momentum has been in the right direction. With a well-informed consensus on what constitutes effective reading instruction ascendant, an end to the reading wars could finally be in sight.”

In a post for Empower Mississippi, I outlined the evidence on the last decade of NAEP progress in Mississippi. This chart plots math proficiency rates for poor and non-poor students. Every red dot is a state from the 2009 NAEP, every blue dot a state from 2019. 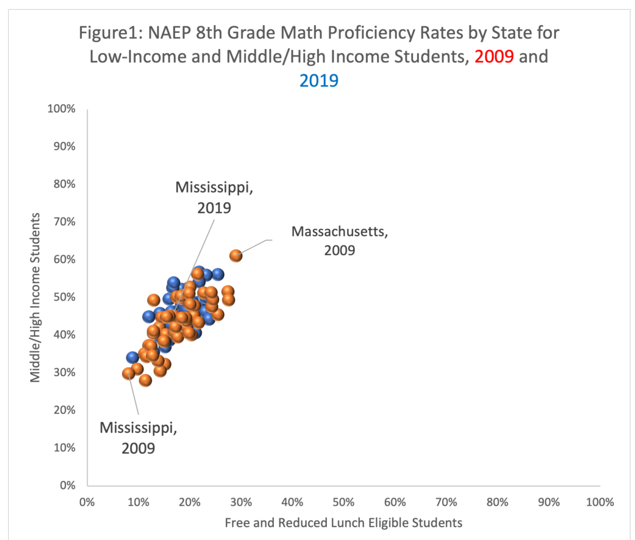 Ladies and gentlemen: That was indeed an impressive decade of improvement.

Just in case you think that regression to the mean is somehow inevitable, take a look at what happened in Alabama, Mississippi’s neighbor, during the same decade. 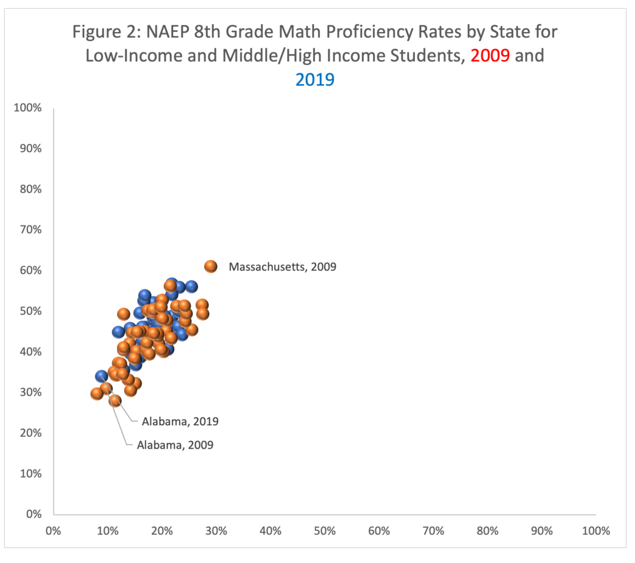 Is it time to unfurl the “Mission Accomplished” banner on our aircraft carrier? Possibly. Mississippi’s gains are indeed impressive. I live in Arizona, and I’d be pleased as punch to adopt scientific reading curriculum along these lines.

As former Florida Gov. Jeb Bush sagely notes: “Reform is never final and success is never finished.” The political coalition that spent decades keeping Mississippi’s success an isolated exception will actively seek to undo what has been done in the Magnolia State.

Chu accurately characterized the opponents of the “Science of Reading” and noted their immunity to research and evidence. The Science of Reading faction has been bringing evidence to a knife fight.