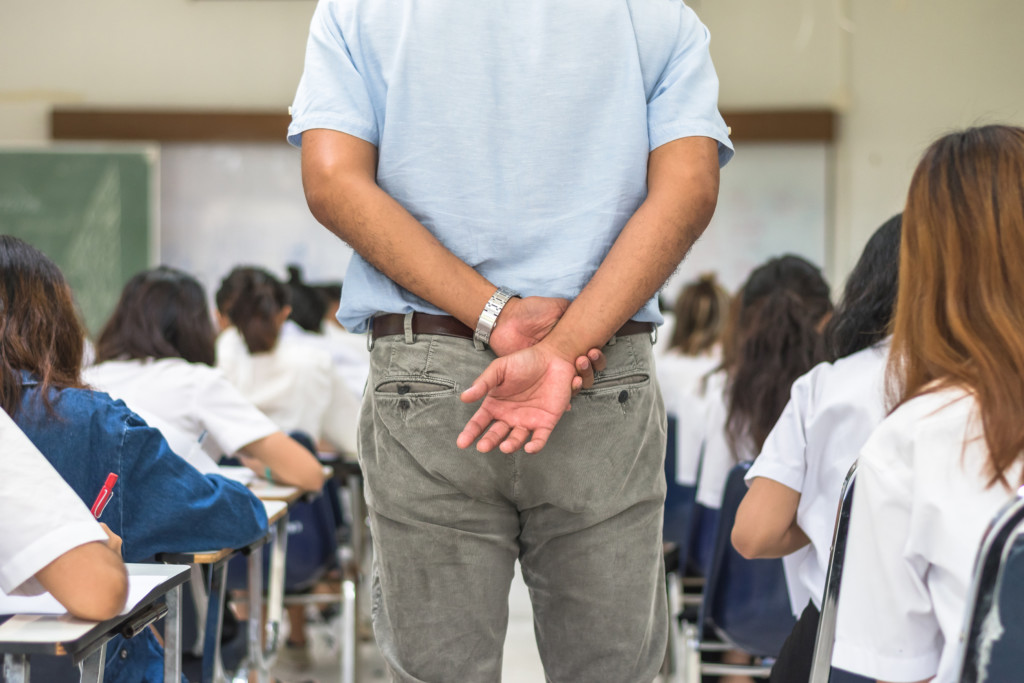 Figure 1 below, for instance, documents a reversal of 28 years of mathematics progress for Black students between 2020 and 2028. 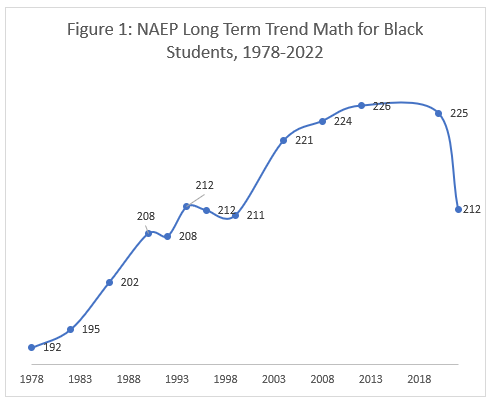 Math achievement loss was approximately twice as large among Black and Hispanic students as white students: 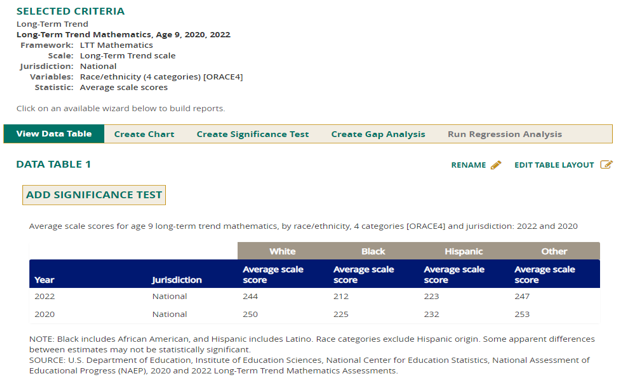 The NAEP reveals a similar pattern across groups: larger declines for low-income students than middle- and high-income students and larger drops for children with disabilities. The greater the reliance on the system a group had, the more those children suffered.

A few notable reactions to Figure 1 from social media: 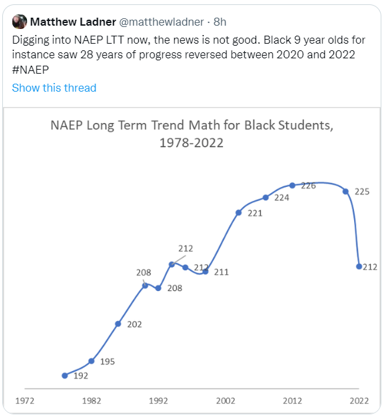 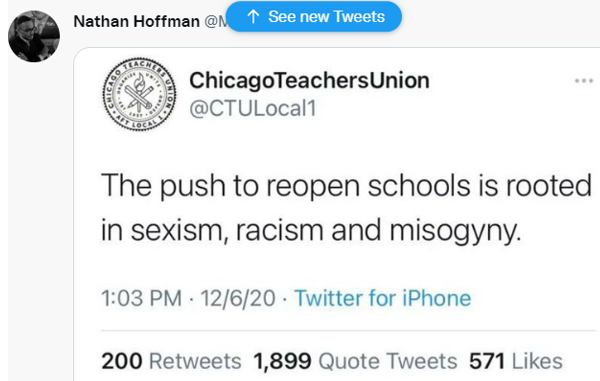 And on a similar note:

Hoffmann and Markowitz are entirely correct: We don’t live in a passive voice world. These declines didn’t simply happen to students; they suffered as a direct consequence of decisions made by adults. Academic progress was hard fought ground gained over decades but lost in two years of folly.

If you reckon this assessment overly harsh, note that dozens of countries around the world also examined the available medical data and kept their school systems open. When the crisis came, foreign authorities exhibited grace under pressure and made responsible decisions in long-term best interests of children.

They passed the test, we failed.

Staley’s point, however, is the most important of all: These numbers on screens and dots on charts represent “little human lives trying to live out their potential.” School systems have billions of dollars of unspent COVID-19 relief funds while their students soldier forward in life with substantial academic deficits.

Millions of students have stopped attending school and still more have dropped the habit of regular attendance. Failure to prioritize the interests of students has led to an equity fiasco, but late is always better than never in righting a course.