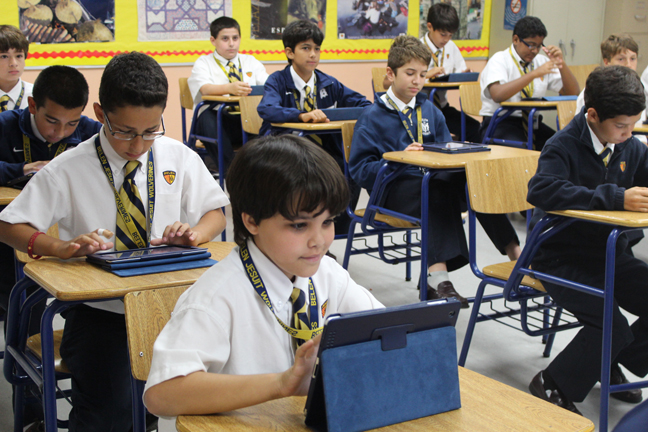 Editor’s note: This commentary from Paul E. Peterson, a senior fellow at the Hoover Institution and a member of the Koret Task Force on K-12 education, appeared last week on thehill.com. You can read a reimaginED post about private school enrollment growth in Florida here.

The National Assessment of Educational Progress has just reported steep drops in student achievement at the nation’s public schools. How will parents respond to the news? Is the downward trend in private education enrollments about to be reversed?

Before COVID-19, private school enrollments were headed downhill. Between 1964 and 2019, the percentage of students attending private schools fell from 14% to 9% of all school-age children, an all-time low.

Then, in fall 2020, most public schools kept their doors closed. Only 24% of public school students attended school in person, compared to  60% of private school children, according to Education Next parental survey (which I helped design).

The following May, nearly 80% of private schoolers were in class every day, as compared to only half of those at public schools.

Learning online was not good for students. Parents reported learning losses for 64% of children at public schools but only 43% of children at private ones. Private schools also had greater success in curbing adverse effects on children’s social relationships, emotional well-being and physical fitness.

When they opened, private schools were accused of gambling with their students’ health. Tom Carroll, superintendent of the Catholic archdiocese in Boston, recalls he “started getting letters, people saying, ‘Well, are you going to go to the funeral of every single child that you killed by opening all the schools?’”

Kathleen Porter-McGee, head of a Catholic school network in New York, remembers, “it was a scary time…the fear was palpable.”

When COVID spread at school proved minimal and mild, the private school bet paid off. “From the point [when schools announced closures] to roughly the middle of October, the phones kept ringing,” Carroll recalls. “So we gained about 4,400 students,” Our poll indicates a 2 percent gain in private school share between 2019 and 2022. If the survey is on the mark, it means a shift of 1 million students from the public to the private sector.