Editor’s note: In keeping with our year-end tradition, the team at reimaginED reviewed our work over the past 12 months to find stories and commentaries that represent our best content of 2022. This post from senior writer Lisa Buie is the second in our series. 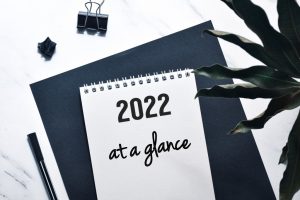 Imagine a school that offers lessons from the nation’s top subject matter experts online, lets students learn social skills from compassionate, in-person teachers in a brick-and-mortar classroom, and encourages them to pursue their passions with peers from all over who share similar interests in a virtual club setting.

Welcome to Primer Microschools, a hybrid that merges on-site and virtual school in a way that its founders say engages students more than either method can do alone.

Though they came from diverse backgrounds, they have one thing in common: each thinks education should provide more for kids, especially their own.

“I went to a public school,” said Bravo, a former Teach for America corps member who went on to become a teacher and administrator for the KIPP network of charter schools before deciding to strike out on his own. “That’s all I’ve ever known.”

Bravo said traditional school didn’t spark his interest in pursuing a career in education. Instead, an enrichment program that he and his twin sister qualified for through testing was the catalyst that turned him onto learning, putting him on a path of advanced courses in middle school and an International Baccalaureate program in high school.

“It was a smaller setting one day a week,” he recalled. “It was very project based. Even if it was only 20 percent of my hours spent, 90 percent of my memories are from that program.”

Another pivotal moment came when a high school history teacher encouraged him to cut math class. Yes, you heard right.

“He was a bit of rebel and would always play devil’s advocate and get the class fired up about world history,” Bravo said. “He called me up to his desk and said, ‘Hey Ian. Don’t go to that stupid math class. Go hide in the book closet and read your history.’

“I took that as a cue and chose strategically what classes I would take. It taught me that you have to take your education into your own hands, and so that was a very eye-opening experience.”

Those experiences stayed with Bravo through college and into his teaching career. At a traditional school in the Bronx and later at KIPP, he worked to add innovative ways of learning.

They really hit home when he and his wife, also a KIPP teacher, had their own children. When his first daughter was born, Bravo said, he wanted to find a learning environment that reflected what he wanted her education to look like.

“I realized I didn’t see it anywhere,” said Bravo, who helped start and lead the first KIPP middle school in the Miami area.

Then in 2020, the pandemic hit. The couple had had their second daughter, and Bravo stepped away from leadership to start his own form of schooling.

“I wanted to start something to allow the girls to deeply explore their interests and not be restricted in a one-size-fits-all classroom,” he said.

Delk grew up in Florida and was all set to start kindergarten, when at the last minute, his mom, a former public school teacher, decided she could do a better job with her bright and creative child.

So, she homeschooled him until eighth grade.

“My parents’ main goal was for me to love learning,” he said.

After graduating from a traditional high school, Delk went to the University of Florida with plans to study banking and eventually start a career on Wall Street. He soon learned that wasn’t his passion.

What did interest him was creating value and making it available to others. He started a business fixing friends’ iPhones. He also worked for Square, a startup at the time, by selling it to businesses near the university.

A stint in Kenya to help a friend create tech incubator space and tech-related conferences showed him that rather than returning to college, his future was elsewhere. He moved to Silicon Valley, where he worked for tech companies and invested in startups.

In November 2019, Delk, who by then had become a father, teamed up with a partner to develop Primer, a company that connected kids to each other, allowing them to share hobbies and interests.

The timing couldn’t have been better. The coronavirus pandemic shuttered school campuses a few months later and homeschooling rates exploded.

Delk promoted Primer to the nation’s 2.4 million homeschool families as a supplement to curriculum. But his ultimate goal was to create something that would fundamentally fix a broken traditional educational system.

Bravo, who had the same dream, connected with Delk through a lead engineer at Primer.

After a successful pilot last summer, Primer Microschools is set to launch at six locations in Miami in August for students in grades 3 through 6. Tuition varies based on eligibility for financial aid. State K-12 scholarships, administered by Step Up For Students, which hosts this blog, also are an option for families.

The team’s goal is to expand to other areas of Florida, and eventually, to other states.

A typical day at Primer Microschools starts with a half hour of team building, mindfulness activities such as yoga, and goal setting led by an in-person teacher. Math lessons follow with an online instructor and off-line work, followed by recess at 10 a.m. English lessons are scheduled for 11.

From noon to 1 p.m., students pursue “passion projects,” which are limited only by their imagination and creativity. Examples range from writing songs and putting on a concert to researching rising sea levels.

After an hourlong lunch, students study science and social studies before coming back together to end the day. They have access during any free time to Primer’s virtual clubs, such as the Storytellers Club and the Artists Club.

Lessons are led by teachers as opposed to guides, and with student-teacher ratios of 15:1, there’s plenty of opportunity for individual attention. Primer provides each student with a laptop to access lessons and do homework, bridging any technology gaps.

Response from instructors has been robust.

Applicant families for the schools’ 100 spaces are being selected based on interviews and student-created projects. Test scores and grades are not considered.