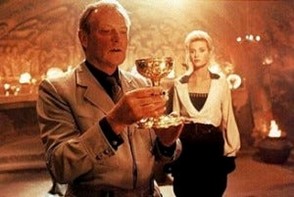 Oklahoma Attorney General John M. O’Connor released an advisory opinion on Dec. 1, which concluded in essence that enforcement of Oklahoma’s statutory prohibition on religious charter schools was likely unconstitutional given a series of rulings by the United States Supreme Court. Nicole Garnett made a similar case in a policy brief for the Manhattan Institute in 2020. Describing the legal issues as “complex” would be to grossly understate the matter. After reading both documents at the other end of the above links it seems likely to me that people will attempt to open religious charter schools (meaning schools that teach religion as truth) and that the issue will be tied up in court for many years.

While I am open to challenge and reserve the right to be persuaded, put me down as the founding member of a camp that holds religious charter schools as “permissible, mandatory and a bad idea.”

I’ll leave the permissible and mandatory arguments to those trained in constitutional law. I find Garnett’s interpretation of recent Supreme Court rulings persuasive on both counts. Even if O’Connor and Garnett prove right about constitutional law, (they may or may not be) it does not mean that it is a good idea for religious groups to open charter schools.

People deserve an equitable share of K-12 funding to pursue the education they find best for their child, whether that involves religion, philosophy etc. Current policy hugely discriminates against families desiring a religious education. Families are the clear customer of private schools, which are driven by voluntary association and exchange and operate in a relatively permissionless space. With regards to charter schools, this is sadly murky.

Mississippi’s authorizer allowed exactly one charter school to open last year. Congratulations, Natchez; the rest of you, better luck next year. Arizona’s authorizer withdrew charter authorization from a school that Stanford University scholars found had a rate of academic growth 43.4% above the national average between 2008 and 2018. This school didn’t space out their recess periods enough to suit state statute — tsk, tsk — and Arizona has far too many highly effective schools. Oh, wait you can never have too many! Oops, there I go again with that whole “logic” thing. This is politics. Politics does not need to make the least bit of sense.

The King James Bible translates Matthew 6:24 as “No man can serve two masters: for either he will hate the one and love the other; or else he will hold to the one and despise the other. Ye cannot serve God and mammon.” Charter schools represent a large advancement over regulatorily captured school districts attempting to engage in central planning to suit their dominant interests. In charter schooling however, the state is still a master. Those hoping to serve God should choose wisely when it comes to religious charter schools: permissible and desirable are not one in the same.