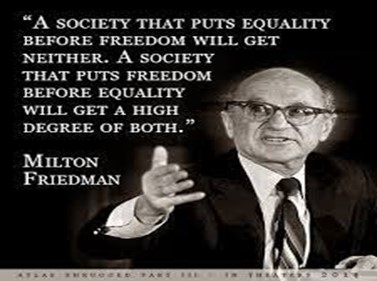 Over a decade ago I had the opportunity to present a paper at a conference focused on the policy legacy of Milton Friedman. Friedman had a wide-ranging impact of public policy, including but not limited to monetary policy, transportation, education, and the adoption of an all-voluntary military. It was the consensus of the presenters, including myself, that Friedman’s influence in ending American military conscription stood at that time as Friedman’s greatest policy legacy. We also agreed that it was possible that his education legacy might, at some point in the future, overtake even this great accomplishment.

The American military draft was unnecessary, rigged and utterly corrupt. Draft-aged men attending university were exempt from the draft, meaning that the burden of conscription fell much harder on the poor and working classes. Moreover, exceptions were made for the politically well connected, who found ways to avoid service. A long list of politicians, including presidents and vice presidents, received “deferments” from service during the Vietnam War, including the current and the previous president. Note that in every case of “deferment” some less fortunate person found themselves conscripted.

Friedman convinced the Nixon administration to begin a process to end the draft, the first step of which was to appoint a study commission, upon which Friedman served. During a hearing of this commission, Gen. William Westmoreland took time out from his busy schedule of mismanaging the Vietnam War to appear before the commission to complain bitterly that he did not want to lead an “army of mercenaries.” Friedman famously asked him if he would prefer to lead an “army of slaves” noting that Westmoreland was a “mercenary general” and that he was a “mercenary professor.”

The Nixon Administration ended the draft in 1971, and today the military fight to preserve forces filled with professional soldiers who serve voluntarily. The end of a conscription was a triumph of freedom, reason and justice. Friedman set his sights on a still greater goal. In their later years, Milton and Rose Friedman set up a non-profit foundation to pursue education freedom. That foundation is today known as EdChoice, and last week Robert Enlow, the long-time President, tweeted the following:

Families should not be conscripted into schools any more than they are conscripted into the military. Like the draft, zip code assignment to schools is unnecessary, rigged and utterly corrupt, costing the most to those starting with the least. To date few states have adopted a menu of choice policies which even in combination are robust enough to realistically end the de-facto conscription of students into schools. The vast majority of choice and charter laws are too limited and hamstrung to truly set families free.

Finally, the tables have started to turn. Friedman set young men free from military conscription in 1971. He may do the same for millions of children in 2023.

Enlow mentioned Arizona because of the universal ESA victory of 2022, but it is worth noting that Arizona adopted earlier forms of choice with universal eligibility in 1994 with a robust charter law/district open enrollment and a more limited form of universal private choice with the adoption of tuition tax credits in 1997.

Arizona ranked first in a study of overall choice in 2001 and did so again in 2021, only by adding a great deal of choice in-between. How did Arizona’s poor students fare since? Given that the Stanford Educational Opportunity project demonstrated that Arizona’s poor students learned at a faster rate than their peers, and there was no close second, I’d say the returns are promising: 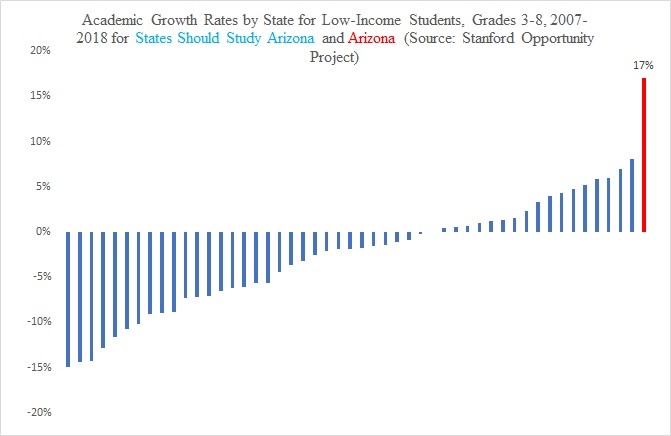 Many states can put the unjustifiable folly of K-12 conscription in their rearview mirrors in 2023. Conscription made our military weaker and our politics more divisive, and it does the same in education. The time has come for reason, freedom and justice to triumph once again.