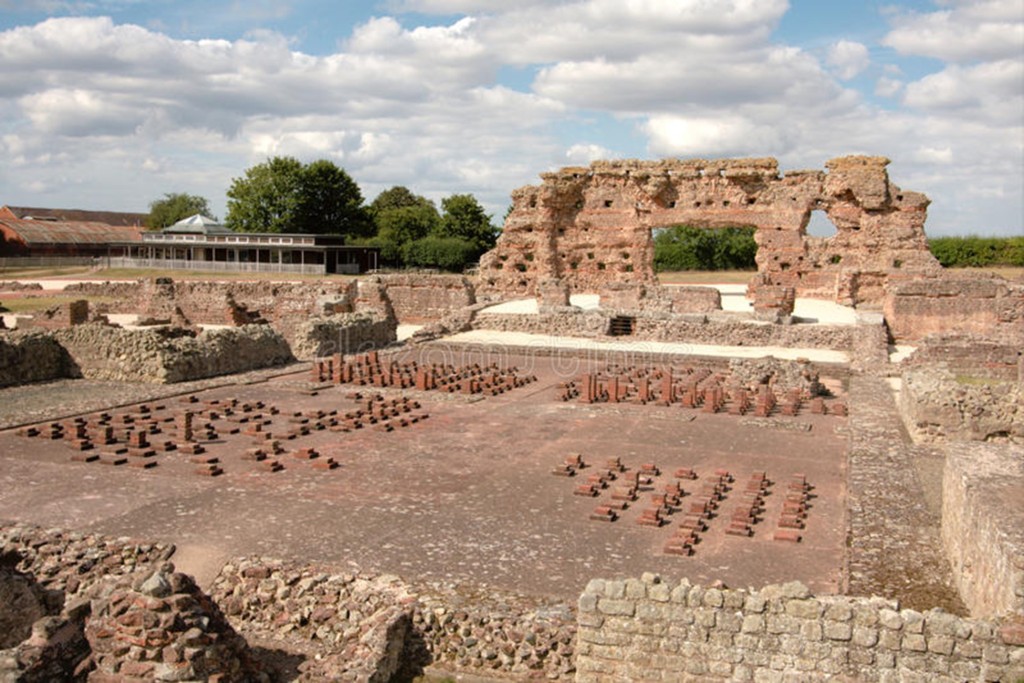 Wondrous the stone of these ancient walls, shattered by fate.
The districts of the city have crumbled.
The work of giants of old lies decayed.  —The Ruin

During the eighth or ninth century, an unknown author is thought to have surveyed the Roman ruins in Bath, England. The author composed an elegy in Old English, starting with the above lines. Today we know the poem as The Ruin. In the future, 2022 will be remembered as the year where we learned the ruinous academic consequences of the COVID-19 shutdowns on American schoolchildren.

Since the publication of the A Nation at Risk, Americans have been furiously buying various ACME legislative products in the hope of both improving the quality of K-12 education overall and of closing the achievement gap between White and Black students. The NAEP exam results released this year reveal we have little to show in aggregate for our efforts: 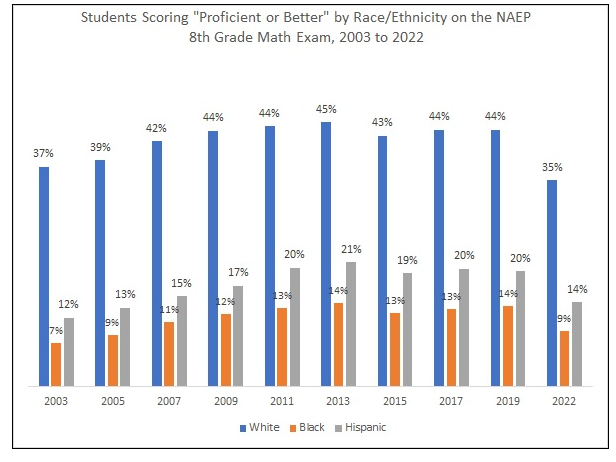 The above numbers should be put into context. Equating studies between international exams and NAEP had about half of students in high-performing nations and states like Japan and Massachusetts respectively scoring at the “proficient or better” level on NAEP. Given that Japanese students attend after school “cram schools” and Massachusetts is a demographically advantaged state with a reputation for effective schools, I’m inclined to view any expectation of 100% NAEP proficiency as unrealistic.

I’m more interested in how progress and fate (more our own ineptitude) began crumbling progress approximately a decade ago, as you can see in the above chart. Students of all three race/ethnicities peaked on either the 2011 or 2013 exam, but results have been sliding since. There is not much Japan or golden-age era Massachusetts to be found in the 2022 results.

These mere numbers speak to great human tragedy, unrealized potential, a poorer future. The public education system, like the structures in Bath, won’t be going away, but our progress and the futures of a great many young people have been ruined. Awash in unspent federal money, school districts continue struggling to perform tasks as straightforward as running mere bus routes.

More complex tasks, such imparting literacy, numeracy, and civic knowledge, have also been going poorly and have worsened over time. American parents and grandparents should make their plans accordingly.