Union activities beg the question: How, specifically, is this going to make the education of children better?

“A sharp distinction must always be made between the physical survival of particular schools and the survival of the educational quality in those schools.” So writes American economist and social theorist Thomas Sowell in his latest book, Charter Schools and Their Enemies. If we measure analysis by its predictive abilities[Read More…] 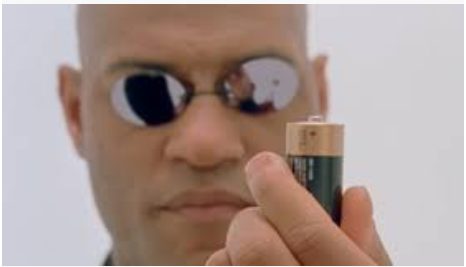 Fixed for whom, Ms. Weingarten?

In the film “The Matrix,” Laurence Fishburne’s character, Morpheus, explains to the protagonist that the world he perceived himself to be living in actually had been a neural computer simulation. Humanity had lost a war against its own artificial intelligence mechanical creations years before. Human beings were grown captive in[Read More…]

Despite a full-court press from charter school supporters, the board of the National Association for the Advancement of Colored People approved a resolution on Saturday that calls for halting the growth of charters. The move reaffirms the civil rights organization’s longstanding positions, spelled out in a 2014 resolution decrying “privatization” in[Read More…]

Teacher union opposition to D.C. vouchers unfair to the facts

The Washington, D.C. Opportunity Scholarship program is up for re-authorization in Congress. The voucher program has been shown to help disadvantaged students. But that hasn’t stopped the usual suspects from trotting out their usual talking points. The night before the House voted 240-191 to reauthorize the program, Washington  Teachers Union President Emily[Read More…]

The American Federation of Teachers released a new survey this week, “Public School Parents and the Promise of Public Education,” that claims many things. But most important to school choice supporters, it says the vast majority of parents prefer traditional public schools and are opposed to educational options. The[Read More…]

Editor’s note: This is the fourth and final post in a series on the future of teachers unions. Over the last 20 years, the federal government and state governments have used standards, assessments and regulatory accountability to assert more top-down control over classroom teachers. As state-mandated teacher evaluation and merit pay[Read More…]