Florida state board sides with high-performing charter schools on appeal

The Florida Board of Education sided today with three proposed charter schools in Indian River and St. Lucie Counties, overturning attempts by local school boards to stop them from opening. After the decisions, one board member rebuked the school districts for creating roadblocks to new schools, which would replicate existing high-performing Somerset Academy[Read More…]

A network of schools affiliated with one of Florida’s largest charter school management companies is set to square off with two Treasure Coast school districts in a series of appeals before the state Board of Education. The cases, set to be heard during the board’s Thursday meeting in Tallahassee, center on an[Read More…]

A school district wants to require a charter school to provide bus service to students who live more than two miles away. The school contends the requirement is illegal, buses would put a strain on its budget, and it’s already over-subscribed without busing its students. That’s the essence of a[Read More…]

Testing. The Orlando Sentinel has a primer on the state’s new assessments. Some parents say they plan to pull their children out of state standardized testing even though the law doesn’t provide an avenue to do so. Sun-Sentinel. Lake County-area lawmakers talk standards and testing with the Leesburg Daily Commercial. Lawmakers seem poised to[Read More…]

Charter schools. Florida gets good marks for its charter school policies (and its teacher pension system). Gradebook. Charter Schools USA is growing as a company. Sun-Sentinel. State chiefs. Turnover is on the rise at the top of state education departments around the country, and Florida has recently been no exception.[Read More…] 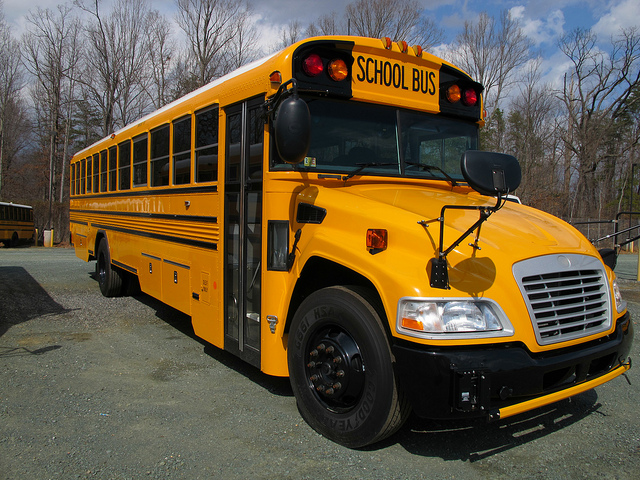 If a charter school doesn’t provide busing to its students, do they still have equal access? That’s the question at the center of a legal dispute between a Florida school district and one of the nation’s largest charter school networks. In October 2013 – some two months after the Renaissance[Read More…]